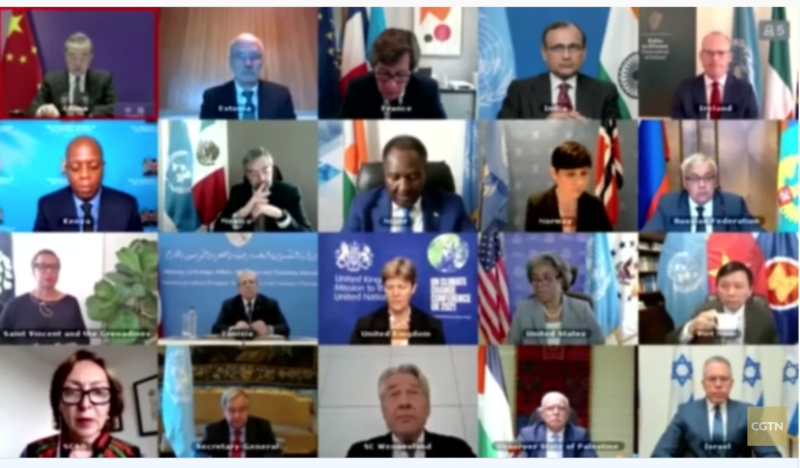 The United Nations Security Council met on Sunday to discuss the past week’s escalation of violence by Israeli forces in the Gaza Strip, the West Bank, Jerusalem, inside Israel and at the Lebanon border. The Council drafted a statement calling for a ceasefire, but the statement was vetoed by the US.

During the UN Security Council session, the Foreign Minister from China, Wang Yi, criticized the US for blocking the resolution.

The Chinese UN Mission stated, “The Security Council shoulders the primary responsibility for safeguarding international peace and security. Regrettably, simply because of the obstruction by one country, the Security Council hasn’t been able to speak with one voice.”

UN Reporter Ryan Heath reported, “After 2 hours of briefing and speeches it’s the US vs everyone else, on whether UN should call for immediate deescalation”.

14 out of 15 Security Council members were in favor of the statement. Only the US was opposed. And since the US has ‘veto power’ at the UN Security Council, they were able to block the resolution.

The U.S. also blocked a similar resolution this past Monday, May 10th, the day that the escalation began.

In addition to China, other Security Council members, including Ireland, Norway, and Mexico, emphasized that the call for a ceasefire is an urgent issue.

A former US deputy national security adviser during the Obama administration, Ben Rhodes, tweeted on Sunday that it “feels increasingly untenable for the U.S. to see this loss of civilian life in Gaza — including so many children — and not publicly call for a cease-fire.”

Meanwhile, the Israeli Cabinet met Sunday at noon to discuss their military’s attack on Gaza, which they apparently plan to continue without pause. Palestinian, Egyptian and Qatari calls for a ceasefire have been met by flat silence from the Israeli leadership.

Instead, the Israeli government has stated it plans to continue to bomb what it calls “Hamas targets”, despite the fact that human rights organizations monitoring the situation have documented that the targets are in fact civilian targets with no ‘military’ component.