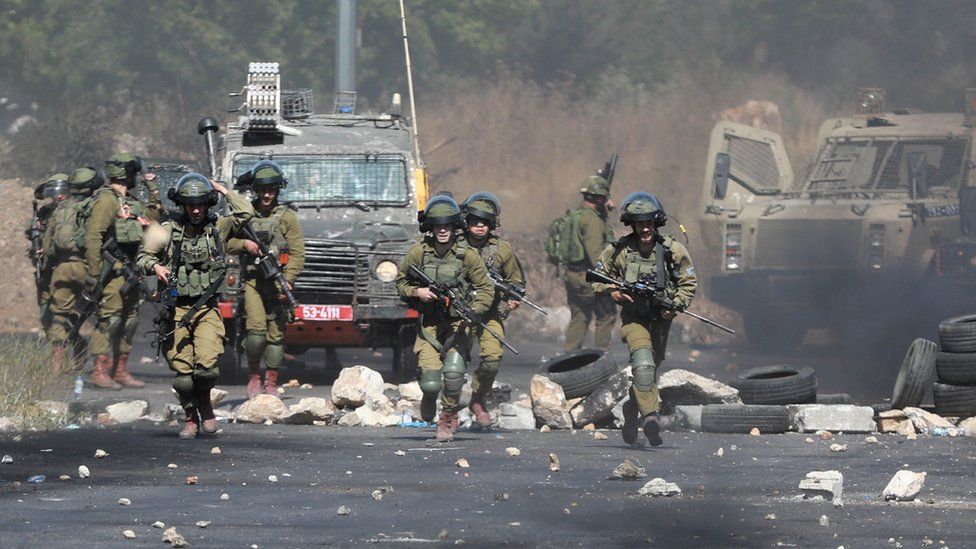 At least six Palestinian youths were injured on Sunday evening by live ammunition fired by the Israeli army during protests in various parts of the occupied West Bank.

Medical sources said that both young men were injured in their legs and were moved to hospital for treatment after sustaining light wounds.

A Palestinian youth was critically injured when Israeli troops shot him in the chest during confrontations with occupation forces at the Huwwara military roadblock, located at the entrance of the northern West Bank city of Nablus. Many others were treated for the effects of tear gas inhalation, medical sources reported.

Also in the northern West Bank, a Palestinian youth was injured by occupation forces live gunfire when troops attacked protesters at the entrance of Toura village near Jenin city.

In Jerusalem, Israeli armed settlers opened fire at Palestinians in the Shu’fat neighborhood injuring two young men. Medical sources said that Ra’uf Barakat 23 and Tamer Edris, 28, were injured by the settlers’ gunfire and were moved to a local hospital for treatment.

Video of the settlers opening fire at residents in Shu’fat neighborhood of Jerusalem: