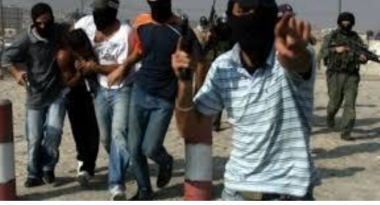 Undercover Israeli soldiers abducted, on Monday evening, a Palestinian child from Sebastia town, north of Nablus, in the northern part of the occupied West Bank.

Mohammad Azem, the head of the Local Council in Sebastia, said undercover Israeli soldiers infiltrated into the town, and assaulted Mahdi Nasser Shehab, 14, causing various cuts and bruises, and abducted him.

Also on Monday, the soldiers shot two young Palestinian men, including one who suffered a serious injury, during clashes that erupted east of Jabalia town, in the northern part of the Gaza Strip.

Furthermore, the soldiers killed a young Palestinian man near Teqoua’ town, southeast of Bethlehem, in the occupied West Bank, after he allegedly “attempted to ram soldiers with his car, and attempted to stab them.”