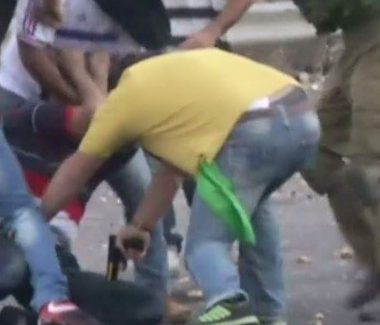 Israeli soldiers kidnapped, on Sunday at dawn, a young Palestinian man at a gas station in Hebron city, in the southern part of the occupied West Bank.

Media sources in Hebron said the undercover officers invaded a gas station in Ras al-Joura area, in Hebron city, and kidnapped Malek al-Ja’bari, before forcing him into their car, and took him to an unknown destination.

They added that, just the undercover officers were leaving the gas station with the abducted teen, Israeli soldiers invaded it and secure their retreat.

The soldiers also removed and confiscated surveillance tapes and equipment from the gas station, before withdrawing.