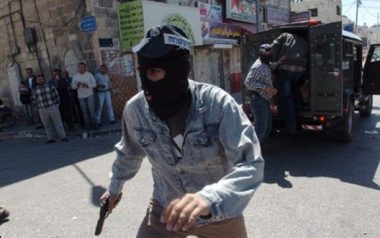 Undercover Israeli soldiers kidnapped, on Wednesday evening, a young Palestinian man, after intercepting his car, and forcing him out of it at gunpoint, from a main road on the western part of the northern West Bank city of Nablus.

An Eyewitness said the undercover soldiers were driving an unmarked car, before ramming it into the car of the Palestinian.

He added that, almost instantly after this incident, another car sped to the area, before four armed undercover officers jumped out of it, and pointed their guns at the Palestinian, while shooting at him in Hebrew, and threw him into their car.

The undercover officers then sped out of the city, heading towards army jeeps, and took the kidnapped Palestinian to an unknown destination