Updated: 37 Palestinians killed by Israeli Airstrikes in Gaza, Including 8 children 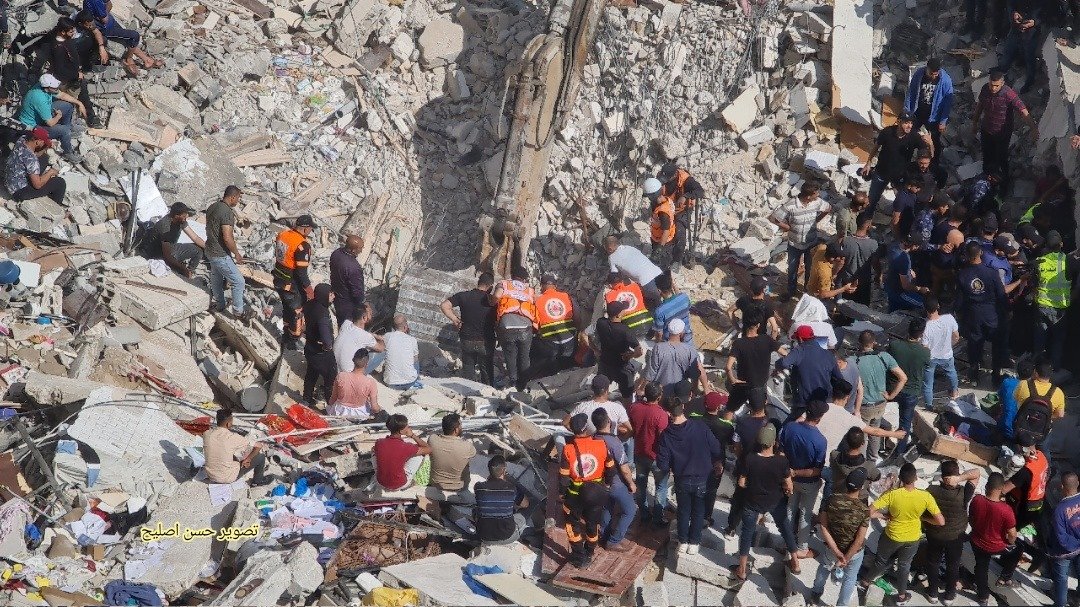 Palestinian rescue services continued their efforts on Sunday afternoon to rescue more civilians from the rubble of the homes struck by Israeli missiles. Israeli airstrikes on al-Wehda Street in the al-Rimal neighborhood in Gaza City started before dawn on Sunday and continued until the early hours of the morning.

According to the Health Ministry, most of the bodies pulled out of the rubble are children, bringing the death toll to thirty-seven, among them 8 children and 13 women. 50 more people were injured, among these were many women and children.

Medical sources said that ambulance and civil defense teams are carrying out searches under the rubble until the time of this report and numbers may increase as search and rescue operations continue.

Update May 16, 2021, @11:40 p.m.: A Palestinian woman, identified as Raja’ Sobhi Abu al-Auf, her daughters, Dima Rami Abu al-Auf, 16, and Mira, and her sons Amir and Yazan, were killed when the army fired missiles into Abu al-Auf residential tower in the al-Wihda Street in Gaza city.

A child, identified as Diana Ziad Abu al-Auf, remains in a critical condition.

These are the names of the killed that have been identified so far: