UPDATE: US to Suspend UNRWA Budget in West Bank 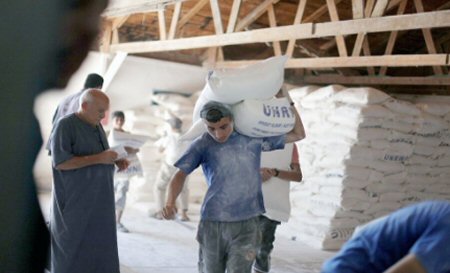 US President Donald Trump’s administration is to take substantial steps against the United Nations Relief and Works Agency for Palestine refugees in general, and against refugees in the West Bank in particular, Hebrew channel 2 revealed on Saturday.

According to the channel, the US is to take several measures against the UNRWA field office in the West Bank, including the suspension of its budget in in the West Bank, and a ban on the transfer of funds from other states, to the UNRWA.

It reported that the US intends to recognize just one tenth of Palestinian refugees — in other words, a half a million refugees — instead of more than 5 million recognized refugees in various countries.

This policy intends to wave the Palestinian  right of return. Next September,  the US administration is to take the first action in implementing the policy by recognizing just the ancestral population as refugees; but, their descendants will not be recognized.

The second step, according to Al Ray Palestinian media agency is to remove the UNRWA as an international aid agency for Palestine refugees, and to include it in the policy of refugees worldwide.

The United States will also ask Israel to reconsider the UNRWA’s mandate in the West Bank, to ensure that Arab countries are unable to transfer financial aid to the agency instead of US aid.

The channel revealed that Israel considers the US step a historical one, after announcing  occupied Jerusalem as a capital of Israel. By waving Palestinians’ right of return and announcing Jerusalem as the capital will create a new reality on the ground.