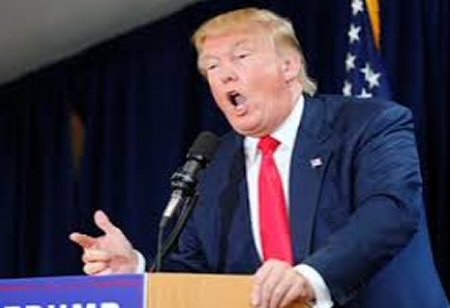 The U.S. Administration of Donald Trump said it decided to cut $200 Million of the aid budget to the Palestinians, which was approved earlier this year.

Israeli daily Haaretz has reported that most of the money Trump is cutting was not meant for the Palestinian Authority, but was supposed to be used in supporting humanitarian and economic projects in the occupied territories.

Haaretz quoted a U.S. State Department official claiming that the decision is part of what he called challenges the International Community faces when it comes to providing the needed humanitarian assistance to the Palestinians in Gaza, because the coastal region is “controlled by Hamas, which is also endangering them, in addition to degrading the economic and humanitarian situation.”

It is worth mentioning that, out of the previously approved $250 Million in aid to the Palestinians for this fiscal year; the U.S. Administration only released dozens of millions to support the Palestinian Security Forces in the occupied West Bank.

The decision to cut $200 Million is part of what was also described as internal review by the Trump Administration, but now, the money will instead be transferred to other countries.

Trump has been claiming that, in return to the U.S. Embassy move to occupied Jerusalem, the Palestinians will “get something good,” and that it is “their turn to be receiving something.”

It is worth mentioning that the relations between Washington and the Palestinian Authority in the occupied West Bank, has been severed since Trump announced the transfer of the U.S. Embassy from Tel Aviv to Jerusalem, in direct violation of International Law.

Meanwhile, Dr. Hanan Ashrawi, a member of the Executive Committee of the Palestine Liberation Organization (PLO) described the aid cut as a “cheap blackmail,” which is being used as a “political tool against the Palestinians.”

She slammed Trump and his Administration, describing them as bullies, especially since they are punishing the ordinary Palestinians, living under the illegal Israeli occupation.

Most of the Palestinians were killed in non-violent protests, which began on March 30th, 2018, call for ending the 12-year-long Israeli blockade of Gaza and for the right of return of the refugees.

Many of the casualties occurred on May 14, when Israeli forces attacked Palestinian protesters marking the 70th anniversary of Israel’s occupation of historical Palestine and the ensuing ethnic cleansing of half a million Palestinian refugees.

It also marked the date that the Trump chose to move the U.S. Embassy to Jerusalem from Tel Aviv, thus denying the right to exist for the nearly one million Palestinian residents of Jerusalem.