(VIDEO) Cornel West vs. Robert Wexler on Israel and Palestine 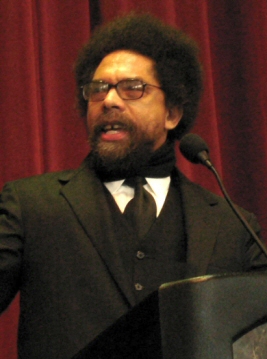 Cornel West is a prominent and provocative democratic intellectual.

He has taught at Union Theological Seminary, Yale, Harvard and the University of Paris. He has written 19 books and edited 13 books.

He is best known for his classic Race Matters, Democracy Matters, and his new memoir, Brother West: Living and Loving Out Loud. He appears frequently on the Bill Maher Show, Colbert Report, CNN and C-Span as well as on his dear Brother, Tavis Smiley’s PBS TV Show.

He can be heard weekly with Tavis Smiley on “Smiley & West”, the national public radio program distributed by Public Radio International (PRI).

At TRNN official — Sanders Delegate: Climate Change and the Israeli Occupation Must be Raised at the Convention