Video: “Israeli Colonists Cause Damage To The Church of Holy Sepulcher, Attempt To Occupy It” 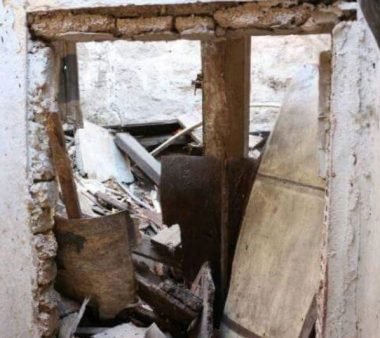 Many extremist illegal Israeli colonists, living in an outpost above the Church of Holy Sepulcher, in occupied Jerusalem, attacked the church property, causing damage, and attempted to occupy a room belonging to the church.

The attack caused excessive damage to the church property, while priests and church officials called the police, who later came to the church and were shown the damage.

The Nativity TV in Bethlehem has published a video of the attack’s aftermath, also showing a Greek Orthodox priest talking to Israeli police officers while inspecting the damage.

The video also shows illegal settlers in their outpost right above the building, with the Israeli flags raised above it.