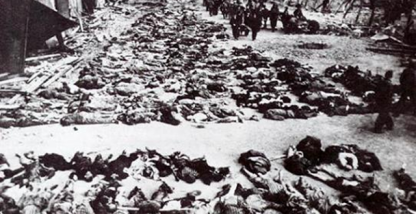 Palestinians, this Saturday, mark the 68th anniversary of the massacre of Deir Yassin, a small village to the west of Jerusalem, which was carried out by extremist Zionist militias.

The Deir Yassin massacre was a pivotal moment of the Nakba and in the lead-up to the 1948 War. It was led by the Irgun (Etzel) group, whose head was future prime minister Menachem Begin, with support from the Stern Gang (Lehi).

On April 9, 1948, the village was attacked by those two Jewish paramilitary groups, composed of 120 men.

Some 100-200 Palestinians, including women, children and elderly, were killed by extremist Zionist militias.

However, according to the PNN, the precise number of deaths remains unclear until today: some believe it to be around 107, though figures given at the time reached up to 254.

Some villagers were shot in battle, many others executed. Others were killed when grenades were thrown into their houses.

As stated by Zochrot, “the remaining villagers were driven out or trucked east towards Jerusalem. Their houses were looted and were subsequently resettled by Jewish European immigrants a few months later. Deir Yassin was wiped off the map.”

In 1953, on the other side of the valley, within full view of Deir Yassin, the building of the Holocaust museum began. Called “Named Yad Vashem”, it has grown into a vast, sprawling complex of tree-studded walkways leading to exhibits, archives, monuments, sculptures, and memorials, all dedicated to Jews who died in World War II.

The massacre at Deir Yassin is remembered annually with commemorations throughout the world, including two special events in Jerusalem and London.

Three permanent memorials have already been dedicated to the victims of Deir Yassin. The village was home to about 700 Palestinians, many of whom worked in the stone quarry alongside the village.

More than 700,000 Palestinians fled, or were forcibly displaced, from their homes during the creation of Israel in 1948.