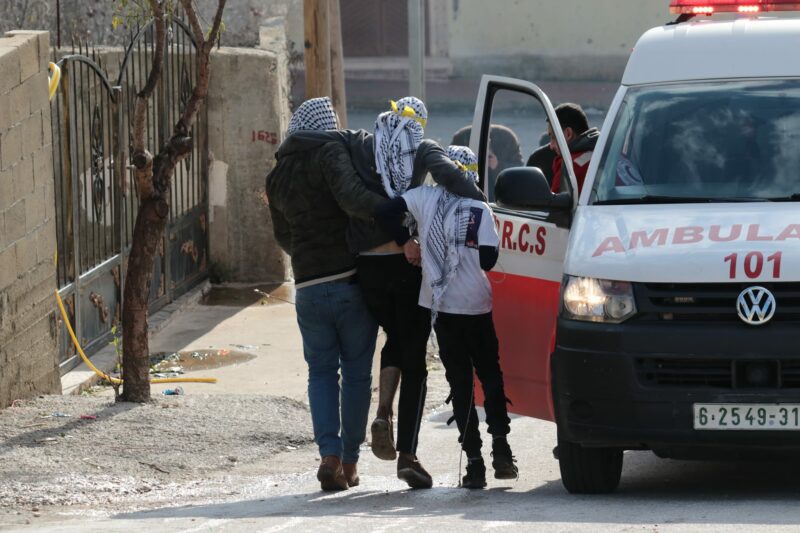 NABLUS, Friday, January 07, 2022 (WAFA) – At least 17 Palestinians were injured today by the Israeli occupation army during the weekly protests against colonial Israeli settlement activities in the village of Kufur Qaddoum and Beit Dajan in the occupied West Bank, according to local sources.

In Beit Dajan village, in Nablus province, Israeli occupation soldiers fired rubber-coated rounds and stun grenades at the anti-colonization protesters, injuring at least twelve of them and causing many cases of suffocation from teargas inhalation. All the wounded were treated at the scene by local medics.

In the village of Kafr Qaddoum, in Qalqilia province, five Palestinians were injured from Israeli rubber-coated rounds during clashes with the Israeli occupation army in the village. Other cases of suffocation from tear gas inhalation were also reported.

Meantime in Hebron, south of the occupied West Bank, two Palestinians were injured by Israeli occupation soldiers and others sustained suffocation from teargas during clashes in the neighborhood of Bab al-Zawiya in the city. The two wounded were moved to the hospital for medical treatment.