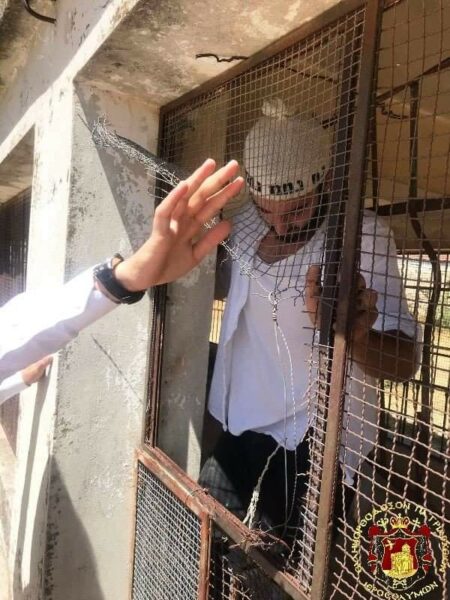 RAMALLAH, Tuesday, June 7, 2022 (WAFA) – The Ministry of Foreign Affairs and Expatriates today condemned what it described as “the barbaric attack” perpetrated by extremist settlers on the Greek Orthodox Chapel and Garden on Mount Zion in occupied Jerusalem, and their vandalism of its properties, grave exhumations, and trashing of the property.

It said in a statement today that this continuous provocative attack on churches and their properties aims to impose their control over the properties, slamming these attacks as an integral part of the occupation’s plans to deepen the annexation and Judaization of Jerusalem and its Christian and Islamic holy sites.

The ministry held the Israeli government, headed by extremist Prime minister Naftali Bennett, fully and directly responsible for this attack and other flagrant violations of international law and the signed agreements, in an attempt to change the existing historical and legal status quo of Jerusalem and its holy places.

It called on the Secretary-General of the United Nations to quickly activate the system of international protection for the Palestinian people in general and for Jerusalem and its holy sites in particular.

Jerusalem’s Greek Orthodox patriarchate yesterday denounced in a statement transgressions by Israeli extremists on its property in Jerusalem and called on the Israeli police to provide protection to the church.