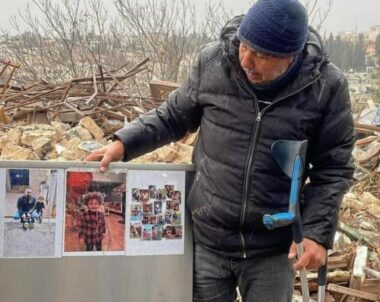 Earlier in the month, the Israeli occupation authorities approved plans for the construction of some 3,500 new settler units in occupied East Jerusalem, nearly half of which are to be built in the colonial settlements of Givat Hamatos and Har Homa.

In their statement, the foreign ministers of France, Germany, Spain, and Italy stated that they “are deeply concerned at the decision to advance plans for the construction of hundreds of new housing units in East Jerusalem, including between Givat HaMatos and Har Homa.”

“The new housing units would further disconnect the West Bank from East Jerusalem and constitute an additional obstacle to the Two-State Solution,” they added.

They urged the Israeli occupation authorities to “reverse this decision.”

“This decision directly threatens the viability of a future Palestinian state. Israeli settlements are in clear violation of international law and stand in the way of a just, lasting, and comprehensive peace between Israelis and Palestinians.”

They also voiced deep concerns over “the recent developments in the Sheikh Jarrah neighborhood of East-Jerusalem”, in reference to the forced expulsion of the Salhiya family and demolition of its house in the neighborhood, which has become a scene of massive protests against Israel’s settler-colonialism in the occupied territories.

“We urge the Israeli Government to permanently halt eviction and demolition procedures of Palestinian structures in East Jerusalem, as well as in Area C, which contribute to fueling tensions on the ground.”