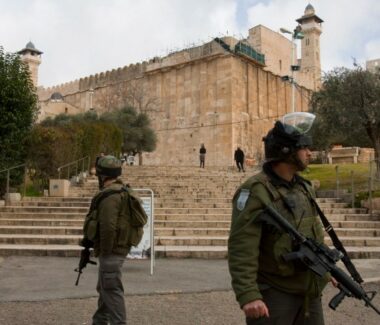 HEBRON, Tuesday, September 07, 2021 (WAFA) – Israel today decided to ban Muslims from praying at the Ibrahimi Mosque in the southern West Bank city of Hebron, citing the Jewish New Year as a pretext, while it will be open only for Jews, according to local sources.

Director of the Ibrahimi Mosque Sheikh Hafthi Abu Sneinah told WAFA that Israeli forces denied Palestinians access to the holy site along with its courtyards as the illegal settlers were preparing to mark the Jewish New Year holiday.

Ahmad Tamimi, member of the Executive Committee of the Palestine Liberation Organization (PLO) in charge of its human rights department, slammed the closure as “a flagrant affront to the feelings of Arabs and Muslims, a grave breach of the freedom of worship and a blatant violation of international human rights charters and conventions.”

The Ibrahimi Mosque, which was once a purely Muslim worship site, was divided between Muslims and Jews 22 years ago following the massacre at the hand of Israeli settler Baruch Goldstein who opened fire at Muslim worshippers on a Ramadan day during the early morning prayers killing 29 people.