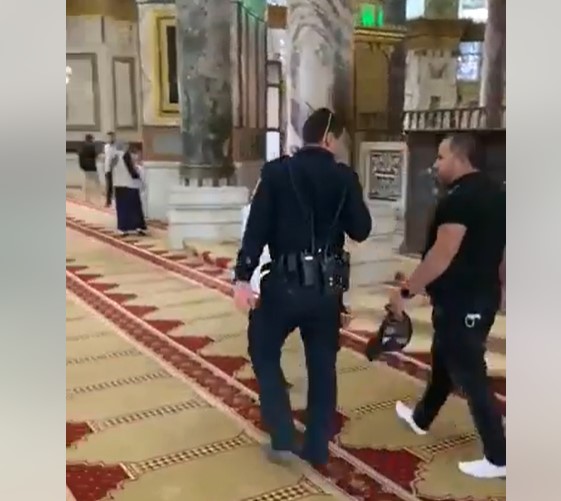 Israeli soldiers abducted, Tuesday, a young Palestinian man from the Dome of the Rock in the Al-Aqsa Mosque compound, in the occupied Palestinian capital Jerusalem.

Eyewitnesses said the soldiers abducted Fathi al-Jamal, for shouting “Allahu Akbar” (God is Great) when soldiers and police officers stormed the holy site with dozens of fanatic colonialist settlers, and conducted provocative tours, after forcing the Muslim worshipers away.

They added that the provocative tours were carried out in several phases, where large groups stormed the courtyards of the holy site and the Dome of the Rock mosque.

The tours were also organized, Tuesday, to mark the Jewish New Year, while the army and the police also surrounded the areas around the holy site to prevent the Palestinians from entering it.

It is worth mentioning that such invasions are carried out daily, but intensify during Jewish holidays, when the army imposes severe restrictions on the Muslim worshippers and prevents hundreds from entering the holy compound.