Soldiers Abduct Elderly Man, Injure Many Palestinians During A Nonviolent Procession In Hebron 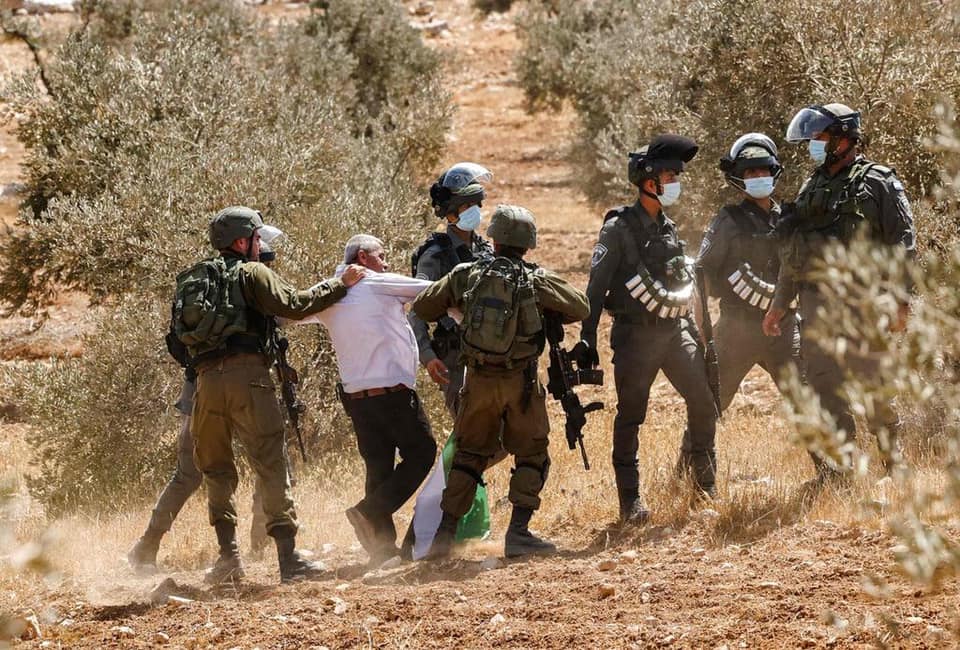 Israeli soldiers injured, Tuesday, dozens of Palestinians after the army attacked nonviolent protesters in a protest tent in the at-Tiwana village, southeast of Yatta town, south of Hebron, in southern West Bank, and abducted an elderly man and a journalist.

The Palestinians, and international peace activists, were protesting the illegal Israeli colonialist activities and the escalating assaults by the colonists against the Palestinians, their homes, and lands.

Rateb Jabour, the coordinator of the Popular Committee against the Annexation Wall and Colonies in Hebron, said the soldiers fired a barrage of gas bombs and concussion grenades, in addition to assaulting the nonviolent protesters with batons.

He added that the soldiers also attacked many Palestinian journalists, including cameraman Mosab Shawar, who was also abducted by the army, to force them away, in addition to assaulting the head of the Colonization & Wall Resistance Commission, Walid Assaf. The soldiers also attacked and abducted an elderly man, identified as Suleiman Hathalin, in addition to assaulting his relative Mohammad Hathalin, and several international peace activists, before holding them for about an hour.

The soldiers closed the entire area of al-Hamra, east of the at-Tiwana to prevent the Palestinians from entering it, especially since the illegal Israeli colonizers, from Ma’on and Havat Ma’on colonies, are ongoing with their attempts to occupy a Palestinian irrigation well and the surrounding Palestinian lands.

The area is also subject to frequent violations by the colonizers, including burning crops and trees, chopping trees, and preventing the Palestinians from entering them.