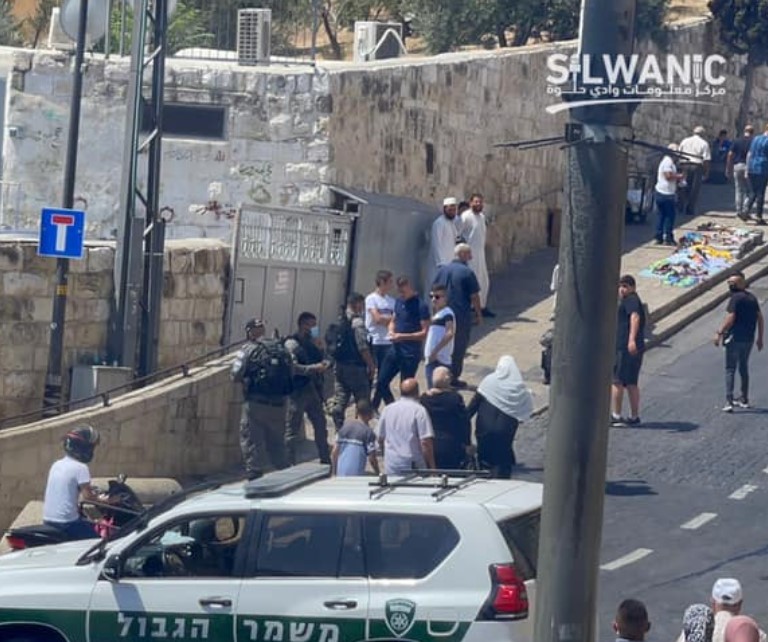 Israeli soldiers injured, on Wednesday morning, several Palestinians in Silwan town, south of the Al-Aqsa Mosque, in the occupied Palestinian capital, Jerusalem, in the West Bank.

They added that the incident led to protests, before the soldiers fired a barrage of gas bombs and concussion grenades at the protesters and surrounding homes, causing many Palestinians to suffer the effects of tear gas inhalation.

On Tuesday evening, the soldiers stopped many young Palestinian men in Bab al-‘Amoud area in Jerusalem and interrogated them while examining their ID cards.

The soldiers also closed many roads in and around Silwan as dozens of colonialist settlers were marching while waving Israeli flags.

In related news, the soldiers invaded the Wadi Maali area, in the center of Bethlehem city, before storming and ransacking a home, owned by Hasan Shouka.