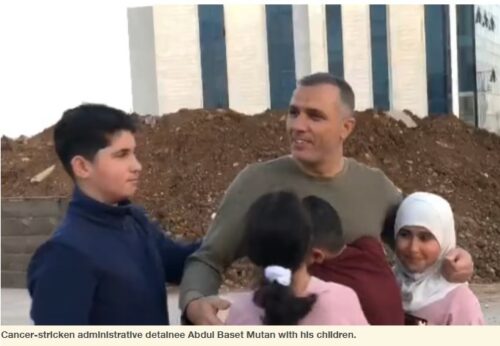 It said Abdul Baset Mu’tan, 48, from the town of Burqa, east of Ramallah, has colon cancer, and his health is constantly deteriorating.

The PPS accused Israel of slow murder of Palestinian prisoners, mainly the ill, through its medical negligence policy, urging the immediate release of Mu’tan, who is married with four children and who spent a total of nine years behind Israeli bars for his resistance of the occupation, most of it in administrative detention, to allow him to pursue proper and badly needed treatment at hospitals.