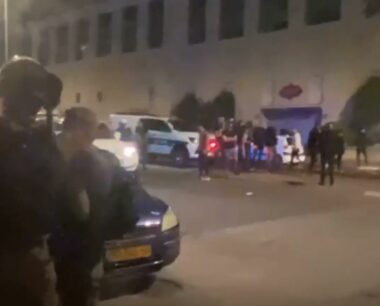 JERUSALEM, Thursday, May 6, 2021 (WAFA) – The Israeli Supreme Court postponed its ruling on the eviction of several Palestinian families from the occupied East Jerusalem neighborhood of Sheikh Jarrah until May 10.

The court’s decision came after it was told by Palestinian families facing eviction in Sheikh Jarrah that no compromise has been reached with Israeli settlers concerning land and house ownership claims by the latter.

The court said it would hold another hearing in the case on Monday, May 10.

He said the court will also look into another appeal request from three other families whose eviction is scheduled for July 1.

Several protests were held across occupied Jerusalem this week after Israel’s Supreme Court ordered that the Iskafi, Kurd, Jaouni, and Qasim families – consisting of 30 adults and 10 children – evacuate their homes by Thursday in favor of colonial settler groups who claim the homes belonged to Jews before the creation of the occupying state of Israel in 1948.

On Sunday, the Supreme Court had requested that the Palestinian families at risk of eviction reach an agreement with the Israeli settlers laying claim to their homes.

However, the Palestinian families reiterated on Thursday that they rejected any deal with the settlers, considering that it would amount to a recognition of the validity of their demands.