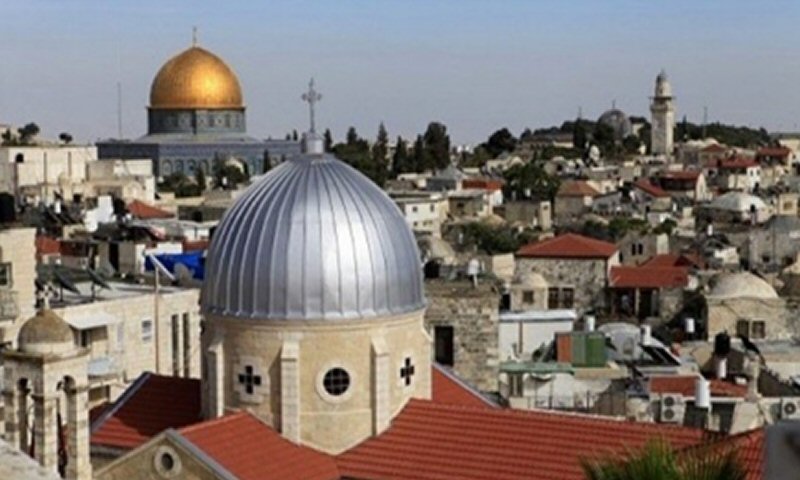 By The Palestinian News & Info Agency (WAFA): JERUSALEM, Wednesday, July 10, 2019 – A Palestinian family who has been battling against a shadowy Israeli settler group for 25 years was forced Wednesday morning to evict their house in the Jerusalem neighborhood of Silwan.

WAFA correspondent said that dozens of heavily-armed Israeli police stormed the house of the Siyam family in Silwan and removed all furniture and electrical appliances to make room for settlers.

Silwan-based watchdog Wadi Hilweh Information Center posted a video showing police officers using ladders to storm the Siyam house and scuffling with family members to force them out of the house.

Video By Silwanic – The Wadi Hilweh Information Center in Silwan

The center confirmed that the Siyam family refused to comply with the eviction order and at least a family member was detained.

This came twenty days after an Israeli court dismissed the Siyam family’s appeal to remain in their house and ruled in favor of the Elad shadowy settler group.

Elad group seeks to forcefully displace Palestinians from Jerusalem in line with the policy championed by successive Israeli governments to Judaize Jerusalem.

It is worth noting that parts of the Siyam’s building were seized by the Israeli state under Israel’s Absentee Property Law, which which declares properties belonging to Palestinians who were displaced, often by war or poverty, as “absentee” and therefore state property. These parts of the family home were then sold to Elad.