WAFA: “Palestinians reject framework agreement signed between their refugee agency and the US” 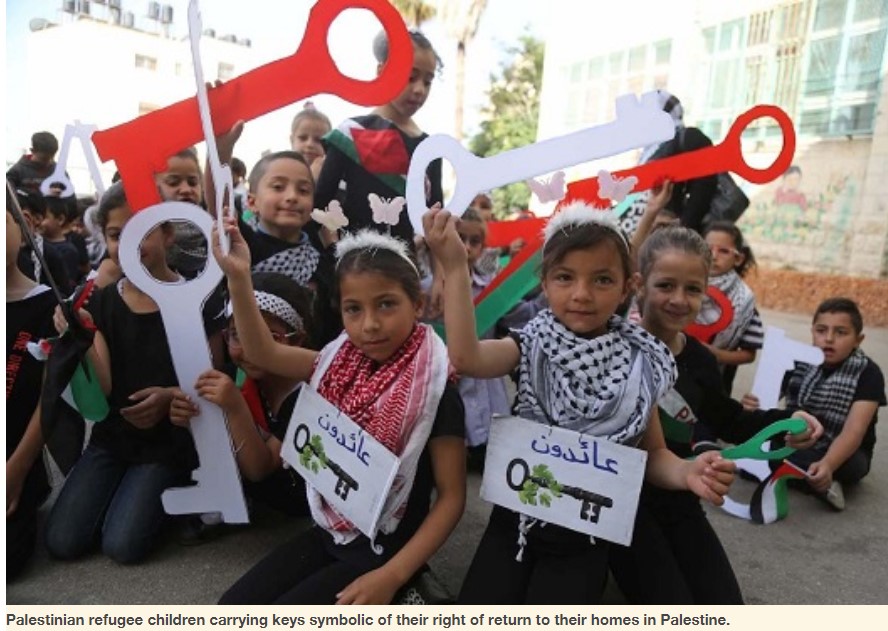 Thursday, September 23, 2021 (WAFA) – Palestinian representatives of national and Islamic forces and refugees meeting in Ramallah today have rejected a recent framework agreement signed between the United Nations Relief and Works Agency for Palestine Refugees (UNRWA) and the United States, saying it cancels the rights of return for the refugees.

Wasel Abu Yousef, member of the Executive Committee of the Palestine Liberation Organization (PLO) and coordinator of the National and Islamic Forces, told the meeting that “from the very first moment of (former US President Donald) Trump’s term in office to the (current Joe) Biden administration, steps have rolled out to abolish UNRWA, halt aid to refugees, redefine the refugee, and now this dangerous agreement, which is an attempt to abolish the rights of the Palestinian refugees.”

He stressed that the right of refugees to return to their homes and land they were forced out from when Israel was created in Palestine in 1948 is firm and is one of their inalienable rights as defined in UN resolution 194.

There is a consensus among the Palestinians on rejecting this “dangerous agreement which abolishes the right of return for refugees,” he said.

The agreement, said one of the participants in the meeting, stipulates that any refugee who is proven to be involved in what it terms “terror” activity, meaning resisting the occupation, or proven to have received military training will not receive UNRWA aid and if employed by the UN agency will be fired from his work and lose all his rights.