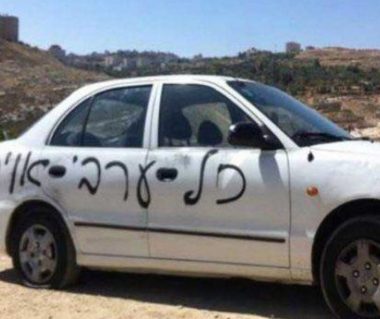 Bashar Qaryuti, a local anti-settlement activist, said that a group of settlers sneaked their way into the southern and western parts of the northern West Bank village, where they punctured the tires of 15 vehicles and spray-painted hate anti-Palestinian graffiti on the external walls of nearby houses.

The vandals came from the nearby colonial settlements of Shilo and Elie.