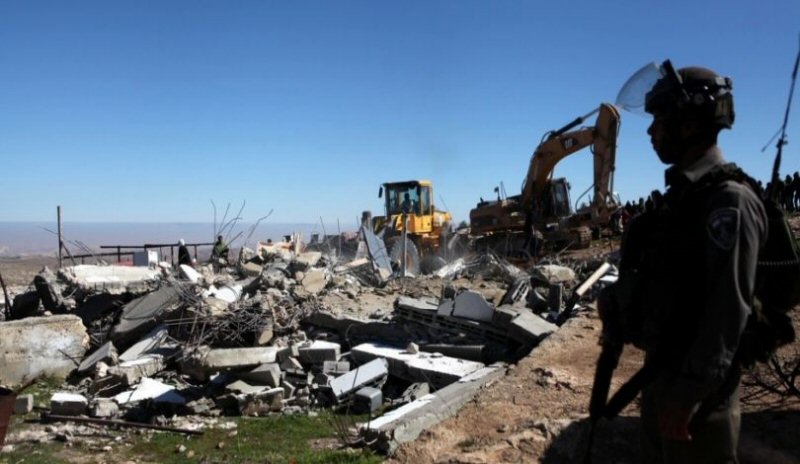 Israeli occupation forces (IOF) continued to violate Palestinians’ human rights and commit crimes against civilians and their properties, conducting raids into Palestinian cities without regard to the state of emergency declared across the occupied Palestinian territory (oPt) in the efforts put forward to combat the spread of Coronavirus, despite that 8 deaths by said virus were announced in Israel along with hundreds of reported cases. Meanwhile, settlers backed up by IOF continued to seize more Palestinian land and attack civilians and their property.

This week, PCHR documented 97 violations of international human rights law and international humanitarian law (IHL) by IOF and settlers in the oPt. As the state of emergency enters its 3rd week, as well as the extreme Israeli restrictions on movement of individuals, have hindered our fieldwork team’s ability to cover all incidents in the oPt and were forced to collect information via phone from trusted local sources. As such, this report is a comprehensive record of Israeli violations of human rights against Palestinians in the oPt, as IOF continues its attacks against civilians despite the exceptional circumstances that have overcome the whole world in the face of a life-threatening viral pandemic.

I. IOF shooting and violation of right to bodily integrity: in excessive use of force against protests in the West Bank, IOF shot and killed a Palestinian civilian and wounded another one on 22 March 2020, as IOF opened fire on their car by the Ni’lin village entrance, western Ramallah. IOF wounded 3 other Palestinian civilians, including two children while violently disrupting civilians and protests in Qalqilia and Ramallah; PCHR documented 8 other shooting incidents were IOF used live bullets and tear gas canisters during raids into several Palestinian cities, causing several cases of suffocation.

II. IOF incursions and arrests of Palestinian civilians: IOF carried out 59 incursions into the West Bank. Those incursions included raids of civilian houses and shootings, inducing fear among civilians, and attacking many of them. During this week’s incursions, 51 Palestinians were arrested, including 6 children. Meanwhile, in the Gaza Strip, IOF conducted a limited incursion into eastern Khan Younis.

IV. Israeli closure policy and restrictions on freedom of movement: Israeli authorities continued to impose restrictions on Beit Hanoun (Erez) Crossing and West Bank Crossings under the pretext of confronting the fast-spreading Coronavirus (COVID-19) outbreak. These restrictions were declared on Wednesday, 11 March 2020, and still in effect, except for humanitarian cases. This comes at a time when the Gaza Strip still suffers the worst blockade in the History of the Israeli occupation of the oPt as it has entered the 14th consecutive year, without any improvement to the movement of persons or goods, humanitarian conditions and bearing catastrophic consequences on all aspects of life. Furthermore, IOF uses Erez Crossing that is designated for movement of individuals as an ambush to arrest Palestinians who obtain permits to exit via Israel.

Meanwhile, on Tuesday and Wednesday, 23 and 24 March 2020, IOF threw out hundreds of Palestinians workers at checkpoints and points within the Annexation Wall without contact or coordination with the relevant Palestinian authorities. On 19 March 2020, thousands of Palestinian workers went into Israel on the promise employers granted that they would be given proper and healthy accommodation, who did not fulfill the commitments they made after the outbreak of Coronavirus in Israel. Unfortunately, it was discovered that the workers were kept in inadequate and unsanitary housing conditions amidst the Coronavirus outbreak in Israel. After some workers showed signs of illness and coronavirus symptoms, IOF left them at checkpoints between Israel and the northern West Bank without undergoing examinations in the Israeli or Palestinian hospitals. The Palestinian authorities called upon all workers to return home and quarantine themselves for 14 days.

Meanwhile, IOF continued to divide the West Bank into separate cantons with key roads blocked by the Israeli occupation since the Second Intifada and with temporary and permanent checkpoints, where civilian movement is restricted and they are subject to arrest.

I. Violation of the Right to Life and Bodily Integrity

a) Excessive Use of Force against Protests in the West Bank

IOF surrounded the vehicle for over half an hour while the driver was inside. Afterwards, an Israeli ambulance arrived and took the driver to an Israeli hospital, where he was pronounced dead shortly after arrival. The civilian killed was later identified as Sufian Nawaf ‘Abed al-Haleem al-Khawaja (31), and the wounded was his cousin Mohamed Bader al-Khawaja (20). They were returning from the outskirts of Ramallah after buying foodstuffs for their families, in preparation to implement the Palestinian Authority decision to abide all citizens to their homes in a measure to combat the spread of Coronavirus (COVID-19).

IOF claimed that they opened fire towards the suspects after they hurled a rock at them, but information obtained by PCHR’s fieldworker pointed out that when the two civilians arrived at Ni’lin village entrance, they saw an Israeli police vehicle and for fear of being stopped because their car was illegal, they turned their vehicle and made their way towards al-Mohalhel road. This road is designated to enter the village, despite that, IOF opened fire at their vehicle, killing one of them and wounding the other without any justification as they posed no threat or danger to the Israeli soldiers and police officers’ lives. It should be noted that IOF still holds Sufian al-Khawaja’s body.

III. Settlement Expansion and Settler Violence in the West Bank

a) Demolition and Confiscation of Civilian Property for Settlement Expansion Activities

For the full report, visit PCHR.org