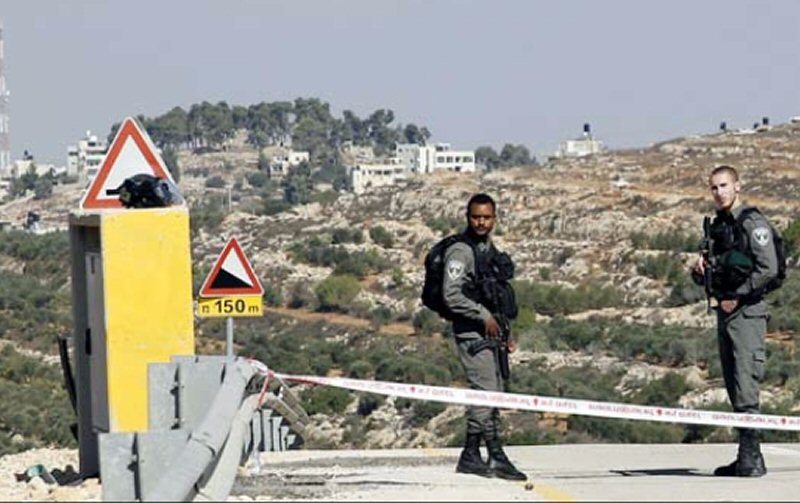 Israeli forces continued with systematic crimes in the occupied Palestinian territory (oPt) for the week of 28 September – 04 October 2017.

6 Palestinian civilians, including 3 children, were wounded in the West Bank and Gaza Strip.

During the reporting period, Israeli forces wounded 6 Palestinian civilians, including 3 children, in the West Bank and Gaza Strip.  In the Gaza Strip, Israeli naval forces continued to chase Palestinian fishermen in the Sea.

In the West Bank, 28 September 2017, a Palestinian child in Beit Sorik village, northwest of occupied Jerusalem, was hit with several bullets.  However, his condition is so far unknown as the Israeli forces arrested him.

On 29 September 2017, A Palestinian civilian was hit with a rubber-coated metal bullet when Israeli forces moved into the areas of Jabal al-Mawaleh and Wadi Shahin in Bethlehem. Meanwhile, dozens of children and young men gathered in Shahin area and threw stones and empty bottles at the Israeli vehicles.  The Israeli soldiers in response opened fire at them.

On 03 October 2017, 3 civilians, including a child, were wounded when Israeli forces moved into Sho’afat refugee camp, north of occupied Jerusalem, to arrest some of the camp’s residents.  A number of children and young men gathered to throw stones and empty bottles at the Israeli soldiers, who chased them and then randomly fired sound bombs, tear gas canisters and rubber-coated metal bullets in the area.  As a result, the three civilians were wounded.

In the Gaza Strip, the border areas witnessed protests against the ongoing unjust closure on the Gaza population.  During the protests, the Israeli forces used force against the protestors and opened fire in order to disperse them.  As a result, a child sustained shrapnel wounds to the neck.

In the pretext of targeting Palestinian fishermen in the Sea, on 01 October 2017, Israeli gunboats sporadically opened fire at the Palestinian fishing boats, northwest of Beit Lahia in the northern Gaza Strip and chased them.  The shooting recurred in the same area in the morning.

On 29 September 2017, Israeli gunboats sporadically opened fire at the Palestinian fishing boats, west of al-Soudaniya, west of Jabalia in the northern Gaza Strip, and chased them.  The shooting recurred in the same morning and on 30 September.  During all those incidents, no casualties were reported; however, the fishermen were forced to flee for fear of being wounded, arrested or their boats being confiscated.

For the second consecutive week, Israeli forces continued to close the northwestern side of occupied Jerusalem, by closing all the roads to this area.  The closure included 16 Palestinian villages.  Those restrictions came after Nemer al-Jamal carried out a shooting attack at the entrance to “Har Adar” settlement and killed 3 Israeli soldiers.  The closure disrupted the school year in around 50 schools with 4000 students in addition to completely hindering the daily life in the area.  The Israeli forces also denied ambulances, journalists, and international organizations access to the area.  Moreover, Israeli forces totally isolated Beit Iksa village from the nearby villages and banned all civilians from leaving or entering the village.

On 03 October 2017, Israeli forces handed Nemer al-Jamal’s family a house demolition notice and gave them 72 hours to implement the demolition. The notice included evacuating their house and submitting an appeal before the Israeli court within this period.

As part of restrictions imposed on Palestinian farmers during the olive harvest season, on 01 October 2017, Israeli forces forced farmers from ‘Azoun village, east of Qalqilya, to go home when the later were on their way to harvest olives from their lands near “Ma’ale Shomron”settlement, north of the abovementioned village.  A number of farmers said that when they headed to Khelet al-Romanah and Khelet Abu Zeinah areas, Israeli soldiers arrived at the areas and expelled them so that they return to their lands after 16 October 2017.

(PCHR keeps the name of the wounded child)

The closure included the Tunnel Road that leads to Badou village, Beit ‘Anan-Beit Laqia Road in addition to the internal roads between the villages. The Israeli forces continued their incursions, suppression and detention of families in Beit Surik village, which is Nemer al-Jamal’s hometown. They also distributed a statement to the village residents, ordering them not to move outside their homes, “and whoever does so, he will be shot.” Moreover, the Israeli forces arrested Rami al-Jamal from Beit Surik village in the morning. They also raided the condolences house of al-Jamal and fired tear gas canisters and sound bombs. They then confiscated dozens of vehicles from Beit Surik and Badou villages.

The closure disrupted the school year in about 50 schools that include more than 4000 students in addition to hindering the daily life in general in the area. In the same time, the Israeli forces issued several orders to stop construction-works and threatened to demolish the unlicensed buildings. They also permanently seized houses belonging to al-Jamal family in Beit Surik village. They banned ambulances, media crews and international organizations from entering the area. Beit Eksa village was also isolated from the nearby villages, and the Israeli forces prevented civilians from entering and leaving the village.

In the early hours on Tuesday, 03 October 2017, Israeli forces moved into Beit Surik village, northwest of occupied Jerusalem. They raided and searched a house belonging to the family of Nemer al-Jamal, who carried out the “Har Adar” settlement attack. They handed the family a demolition notice and gave them 72 hours to carry out the demolition. The notice included evacuating the house or filing an appeal to the Israeli court within the mentioned period.

“At approximately 08:00 on Sunday, 01 October 2017, on my holiday, I headed to my agricultural land in Khellet Abu Zinah in order to pick olives along with my relative and farmers, who own agricultural lands in the same area.  We usually go together to our lands as they are located near settlements.  We try as fast as we can to pick the olives due to the security situation in the area. In the first day when we arrived, a group of Israeli forces came and expelled us. In the next day, we came back, and a large force of Israeli soldiers came and expelled us as well. An Israeli officer told us that we are allowed to come to the area after 16 October 2017.”