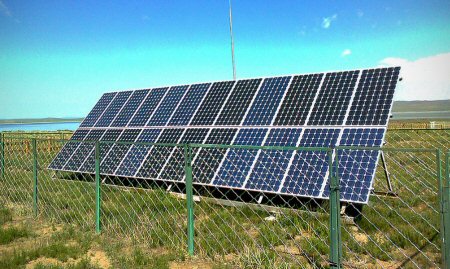 An estimated 500 West Bank schools are soon going to get their electric power from solar cells.

According to WAFA, the Ministry of Education and the Palestinian Investment Fund (PIF) signed, on Tuesday, an agreement to install solar cells on roofs of 500 public schools to generate 35 MW of electricity. The project, worth $35 million and funded by the PIF, the investment arm of the Palestinian Authority, will take four years to complete.

Prime Minister Rami Hamdallah attended the signing ceremony and said the agreement is part of government efforts to invest in renewable energy in many institutions.

PIF director Mohammad Mustafa said that this project is the first in the region in this volume and investment value and an important step in the Light Palestine project launched by the PIF.

Minister of Education Sabri Saidam thanked the government for its support of this project, which he said he hopes will develop and enhance the education system in Palestine.

Chairman of the Energy Authority Zafer Melhem, said the agreement is in line with the Renewable Energy and Energy Efficiency Act and the General Strategy for Renewable Energy.

“This contributes to reducing reliance on imported energy and achieving energy security, diversification of energy sources, sustainable development and environmental protection,” he said.