Palestine to Apply for Full Membership at UN 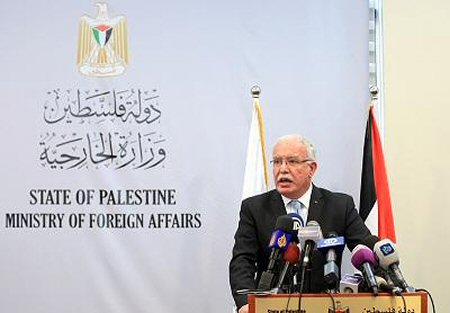 Maliki announced, in a press statement, today, that the request for full membership will be presented soon to the Security Council.

According to the PNN, the proposal will be named after the United for Peace international coalition, which seeks to have peace in the Middle East, based on a two-state solution.

Last night, the PLO Central Council issued a number of decisions, including proceeding to go to international institutions and applying for memberships. This includes the UN General Assembly (UNGA), where Palestine currently has observer status.

PA President Mahmoud Abbas also said, in his address to the central council, that Palestine would continue to seek full membership in the UNGA again and again until it is voted in favour of, even by the United States.