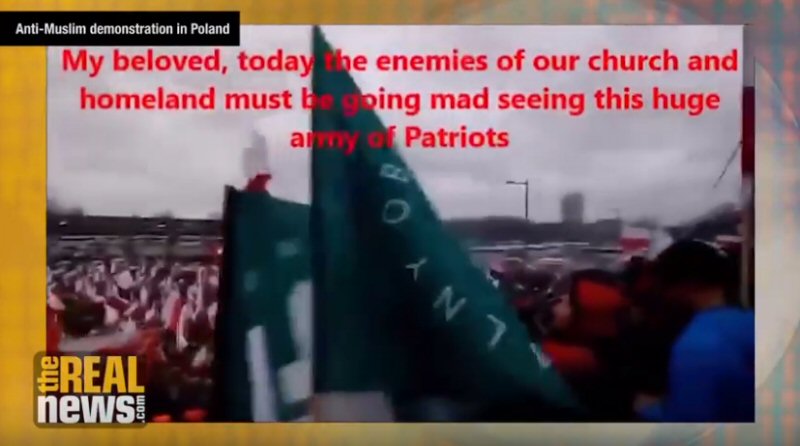 The state of Israel is a model for the extreme right in the US and in Europe.

SHIR HEVER: The success of Sebastian Kurz in Austria’s recent election means that the extreme right Freedom Party, the FPO, will likely join the governing coalition. Populist right-wing parties are on the rise in many European countries in recent years. These parties include the Party of Freedom in the Netherlands headed by Geert Wilders, the National Front in France headed by Marine Le Pen, the Sweden Democrats headed by Jimmie Akesson, and more.Although highly nationalistic in their politics, these right-wing parties are very similar to each other. They share an Islamophobic and xenophobic ideology, and very interestingly, they all share a strong support for Zionism and for the state of Israel. Michael Colborne wrote an article for the Haaretz newspaper with the title “Rise of a New Far-right: The European ‘Philosemites’ Using Jews to Battle Muslims,” to address the seeming contradiction in the European far-right.Indeed, there really is no difference between philo-Semitism and anti-Semitism. There is no such thing as positive racism. The far-right groups did not replace their hatred of Jews with the hatred of Muslims. They continue to hate both groups.Richard Silverstein told The Real News about how the election of President Trump emboldened those groups in the United States.

R. SILVERSTEIN I think that the anti-Semites in the United States are affiliated with the alt-right movement that you correctly associated with Breitbart, and this alt-right movement includes a very big cadre of anti-Semites, and they feel empowered by Trump’s victory and his nativist, kind of populist, extremist kind of views. That’s why a lot of the anti-Semitic attacks are happening, and they’re very much linked to the attacks on the Muslim community, which is why American Jews should really be making common cause with Muslims.

SHIR HEVER: White nationalism has its roots in Europe in the 19th century as it developed and took form in order to serve as justification for European colonialism. In those European countries that had smaller and fewer colonies, such as Germany, Italy, and Hungary, white nationalism turned inwards in the form of fascism, implementing the strict, hierarchical, colonial structure on their own citizens. It sought to find its enemies within and turned on minorities.During the Second World War, an unprecedented industrial genocide was perpetrated against Jews, against Sinti and Roma, against homosexuals and lesbians, against people with mental disabilities, and against others who were deemed enemies of the state. Since Jews were targeted above all other groups during this genocide, and since the State of Israel, which was founded three years after the Holocaust, defines itself as a Jewish state, it raises the question of why does the European racist right-wing support the State of Israel? Aren’t they on completely opposite sides?There are two explanations for this. One is that the Zionist movement and the State of Israel seek to convince Jews from all over the world to migrate to the State of Israel. The prospect of European Jews and North American Jews leaving their homes and moving to the Middle East appeals to many racist groups. The second explanation for the alliance between the Western far-right and the State of Israel is that Israeli policies towards immigrants, towards Arabs and towards Muslims, are precisely the kind of policies that the European and North American far-right would like to implement.President Trump, during his campaign for the presidency, commented on Fox & Friends on how the US can and should imitate Israeli racial profiling.

L. TARACHANSKY: The African refugees like the Palestinian laborers pay taxes to the State of Israel, while they receive absolutely no services whatsoever from the State of Israel. They don’t get shelters. They don’t get basic food supplies. They don’t get health care. Zero, nothing. On top of paying taxes to a government that does not provide them with any services, they are now going to have these wages taken, and as far as I know, and I’m of course not a refugee expert, no other country does that.Now, you have to understand that Israel actually promotes itself to Europe, which is currently seen as in a crisis of migration, as the frontier of effective policies on how to basically prevent migrants from coming into your borders. Israel is using this as yet another tool in its marketing campaign that it’s trying to convince other Western nations, other developed nations, to adopt in their attack on globalized migration.

SHIR HEVER: The current wave of right-wing nationalism in Europe has adopted the prejudice that all Jews are Zionists. They invite European and American Jews to join their movement against what they perceive is the common Muslim enemy. The vast majority of European and American Jews, however, reject this invitation. They may be invited to the feast for now, but they know that it is the Jews themselves who will be served for dessert.