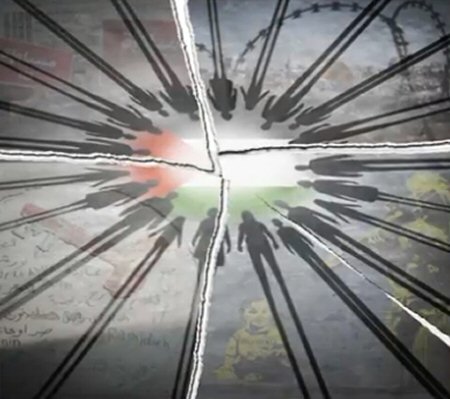 The UN General Secretary, Antonio Guterres, ordered the withdrawal of an incriminating UN report against Israel’s apartheid policies on Palestine. The report, from the United Nations Economic and Social Commission of Western Asia, published the first of what was meant to be a series, authored by Richard Falk and Virginia Tilley.

RIMA KHALAF: Huge effort was put into this report; serious scholarly work, and the production of an overwhelming evidence of the nature of the regime that Israel is imposing on the Palestinians. We hope all this will inform further deliberations on the root causes of the problem, be it within the United Nations, or even outside, among member states, and within civil society organizations. We also hope it will inform and prompt actions to combat an apartheid regime, as called for in international law.

SHARMINI PERIES: That was Rima Khalaf, head of the UN agency that released the report. Now joining me is Shir Hever. He’s a Real News correspondent in Heidelberg, Germany and specializing in the Middle East. Thanks so much for joining us here, Shir.

SHARMINI PERIES: So, Shir, let’s talk with why the UN General Secretary withdrew this report, and if there is any reason for it.

SHIR HEVER: We don’t actually know the reason, because the General Secretary refused to justify his action. I think it’s very likely that he succumbed to Israeli pressure. The Israeli Minister of Foreign Affairs is now actually very openly saying that they’re putting a lot of pressure on the United Nations, to avoid adopting anti-Israeli resolutions. And I think that it’s very regrettable, because he’s a very new General Secretary, and already very disappointing in succumbing to early pressure.
But this is really not the main issue here. The story is not his decision to withdraw the report. The story is the report itself, which is very well based and well researched, and written by experts on international law, whose expertise and knowledge of the story far exceeds that of Guterres.

SHARMINI PERIES: Shir, what is it we know about Richard Falk and Virginia Tilley, who authored the report?

SHIR HEVER: Both of them are very well known experts on international law. Richard Falk was the Special Rapporteur of the United Nations to the Occupied Palestinian Territory for many years. Even after his stint as Special Rapporteur, he continued to write and give lectures, and write books as well, on the Israeli occupation and on Israeli policies. Virginia Tilley is also an expert on international law, with a special emphasis on Israel-Palestine.

SHARMINI PERIES: Right. Now, as far as I understand, this report draws an analogy between what happened in South Africa, and the apartheid of South Africa, and what’s going on in Palestine. Is this a useful analogy?

SHIR HEVER: I think this is a common mistake that people make, when they consider apartheid to be only what happened in South Africa during the apartheid regime, because actually, there has been more than one apartheid regime in the world. In Rhodesia as well, before it became Zimbabwe, but also in other places around the world.

Now in 2002, there was the Rome Statute of the International Criminal Court on the crime of apartheid, 2002 is already after there is no more apartheid in South Africa. And defining of the crime of apartheid is something that still needs to be fought against, and we still need to be aware of it, and make sure that it doesn’t happen again. And so, in that sense it’s very relevant. And in the case of Israel-Palestine, we see many examples of apartheid unfortunately, not only in the Occupied Palestinian Territory, but also inside Israel.

And what I think is interesting, is that for Israelis, people who speak Hebrew, and people who are familiar with the Israeli culture, this is absolutely not surprising. They would not consider the UN report to be some kind of shock, because the Hebrew word for apartheid is afilidad(?). Apartheid just means separation, and the word in Hebrew is afilidad. And this word is used by Israeli politicians, Israeli military generals, police officials, constantly and unapologetically.

There is no problem in having separation, or segregation within schools, within work places, on roads. In my school, for example, there was not a single Arab student.

SHARMINI PERIES: Now, legal scholars like John Reynolds and John Dowgard(?) published an article in 2013 and focused on the apartheid in the Occupied Palestinian Territories. They left aside the question of whether apartheid also existed inside Israel’s international borders, and this is what this report, I think, nails. So, give us a sense of what the report says about this.

SHIR HEVER: Yeah, well this article by John Reynolds and John Dowgard was a very, kind of seminal article, and it really proved with legal authority that all of the specific articles of the definition of the crime of apartheid, applied to the Israeli control of the Occupied Palestinian Territory.

That is a relatively easy thing to do because, for example, in the City of Hebron, we have the Shuhada Street, which is a sort of microcosm of apartheid. There are Israeli soldiers stationed in that street and they say, “If you’re Jewish, you can enter this street. If you’re not, you cannot.” And that is almost like those signs that we know from apartheid in South Africa that says, “No entry for Blacks,” or “Whites only”.

The tricky part, and this is where this new report is so important, is to talk about whether apartheid also exists within Israel. And the main way that this report tackles this very difficult question, is by showing that in fact, we should look at Palestinians not as different, and separate groups of people, but as one nation, which is divided into categories by the Israeli authorities.

And all of these different groups are segregated by the Israeli policies, and in fact, this segregation among Palestinians is in fact, something that amounts to the crime of apartheid.

SHARMINI PERIES: Now, Shir the UN report made a very clear distinction between citizenship and nationality, and how they are received by Palestinians, and Israelis. Give us a sense of what that was about.

SHIR HEVER: I think for people living in democratic countries, this distinction between citizenship and nationality seems artificial, or very strange. If you’re a citizen of the country, then you’re part of that nationality, and it’s very difficult to understand that that is not always the case in every country. And in the case of Israel, there is a fake nationality called Israeli nationality.

Why do I say fake? — Because it appears on the passport. On my passport it says Israeli, under nationality. But this is only applicable when I travel outside of Israel. Inside Israel, I also have to carry an identity card, and on my identity card under nationality it says, “Jewish”. And there is a group of Israeli citizens who made an appeal to the Israeli Supreme Court saying, “No, we don’t want under nationality to say Jewish, we want to say Israeli.”

So, even Palestinians who are citizens and have the right to vote, they do not have the right to form the majority of the political system, because that would undermine the Jewish nature of the state, and that means that they actually don’t have national rights. They only have citizenship rights.

SHARMINI PERIES: All right, Shir let’s end this segment, and in our next segment, we’re going to continue our conversation about this report, and what should be done with this report.

Please join us again on The Real News Network.