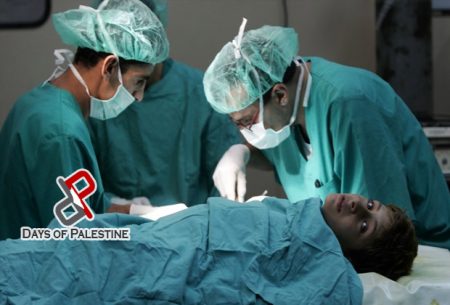 The Palestinian Ministry of Health announced a state of emergency, late Sunday, as main health facilities in Gaza are about to halt critical medical services.

Director General of the International Cooperation Department at the Ministry, Ashraf abu-Mahady, called for an urgent meeting with Energy Authority and the Gaza power plant to discuss possible actions to avoid power crisis.

Samir Mteer, director general of the power plant, said that the health sector is the most affected sector by the instability of the power supply.

He strongly urged international humanitarian organizations to help afford the fuel needed to keep, at least, the most necessary departments able to offer their services.

The World Health Organisation (WHO) has recently released a report describing the deficit of fuel. The report highlighted the negative impact, should certain health services in Gaza hospitals stop working.

The report reiterated that the neonatal departments, renal failure units, ICU, laboratory and blood banks, as well as the cardiac department, must not be stopped for even one minute.

~ Riham Shehada for Days of Palestine