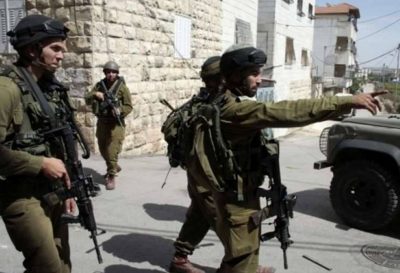 Israeli occupation forces, on Tuesday, raided the Zakat and Charity Committee of Yatta, a lawyer’s office, and a traditional shop to the south of the southern West Bank district of Hebron, according to a local official.

Head of Yatta Zakat Committee, ‘Eid Bhais, told WAFA that a number of Israeli military patrols stormed the town of Yatta, breaking into and thoroughly searching the headquarters of the Zakat Committee, which addresses the needy persons and orphans, after breaking down its main front door.

Forces further raided and searched the office of a local attorney, as well as a shop selling traditional Palestinian embroidery and dresses, after breaking down their doors.

Head of Yatta municipality, Rateb Hdaib, slammed the raid as unethical, maintaining that such measures come as part of the Israeli occupation’s attacks and violations practiced against the Palestinian people in an attempt to make life difficult for them.