Why is Palestine Denied Clean Water? 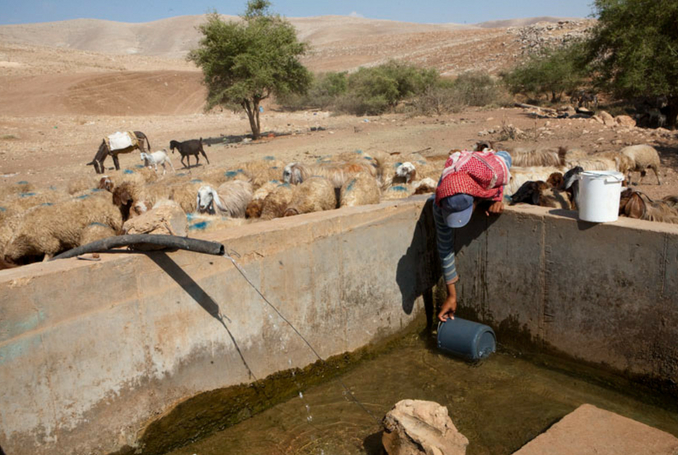 Ramzy Baroud, author of ‘The Last Earth’ and editor of the Palestine Chronicle, wrote a commentary posing the question “if access to clean water is a human right, why is Palestine the exception?”

Baroud cites the 2010 UN General Assembly resolution, 64/292 recognizing “the right to safe and clean drinking water and sanitation as a human right that is essential for the full enjoyment of life and all human rights.”

Baroud proclaims that “it all makes perfect sense. There can be no life without water. However, like every other human right, it seems, the Palestinians are denied this one too.”

He recognizes the water crisis affecting the whole world, but says the “situation is more complicated in Palestine, where the water crisis is directly related to the political context of Israel’s occupation: apartheid, illegal Jewish settlements, siege and war.”

Baroud accuses Israel of using a “cruel form of economic dependency to keep Palestinians reliant and subordinate.” This dependency is maintained through the control of borders, military checkpoints, taxes, road closures, military curfews and the denial of building permits. He states that water dependency is a center-piece of this strategy.

He notes that the “situation in Gaza is even worse,” citing a UN report, stating the Gaza Strip will be officially ‘unliveable’ by 2020, which, he points out, is next year.

Citing US-based RAND Corporation, who report that one quarter of all diseases in the besieged Gaza Strip are waterborne. RAND also estimates that, based on the World Health Organisation (WHO) standards, that 97 % of Gaza’s water is not fit for human consumption.

Baroud concludes that this is “likely to continue as long as Zionism prevails in Israel and occupied Palestine,” calling zionism a racist, hegemonic and exploitative ideology. He raises the point, “if access to clean water is indeed a human right, why is the world allowing Israel to make Palestine and its people an exception?”