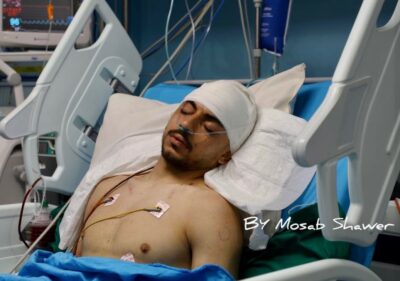 Palestinian medical sources have reported that a Palestinian, who was seriously injured after Israeli soldiers attacked him in Tarqoumia town, northwest of the southern West Bank city of Hebron, remains in a critical condition.

The sources said that Husam Fatafta suffered fractures to the skull and a Hemorrhage in the brain after Israeli soldiers truck him with their rifles on the head.

They added that Husam’s condition improved, yet he remains in a serious condition.

On Saturday, the Palestinian was assaulted and seriously injured when the army attacked dozens of nonviolent protesters during a procession against the Israeli order illegally annexing 600 Dunams of Palestinian lands in Tarqoumia.

Palestinian medics rushed the wounded young man to the Al-Ahli Hospital In Hebron, due to the seriousness of his condition. 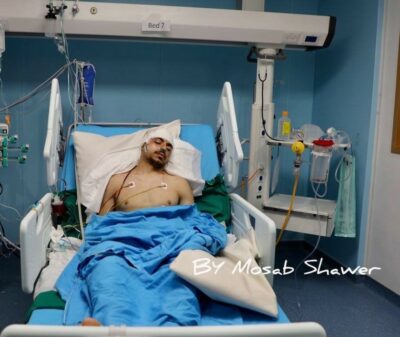 The soldiers also shot Husam’s brother and a journalist with rubber-coated steel bullets and caused many to suffer the effects of tear gas inhalation.

It is worth mentioning that the Israeli army recently handed orders to ten Palestinians forcing them out of their lands, planted with olives and grapevines.

The Israeli army claims that lands, more than six hundred Dunams, are “state lands,” although the Palestinians privately own them.

Israel is trying to expand Adora and Telem illegal colonies by confiscating the Palestinian lands in the area to allow for the new constructions. 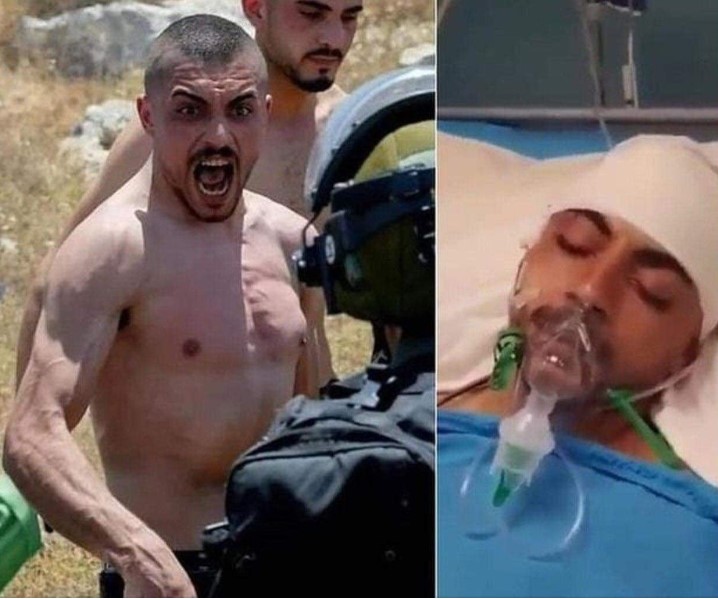