Young Palestinian Man Dies From Wounds He Suffered On May 14 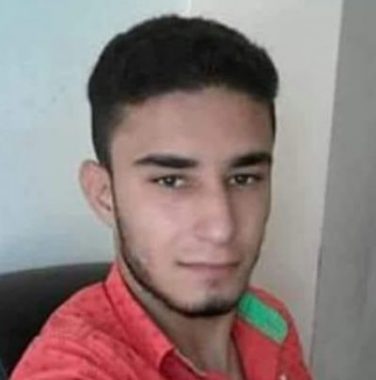 Palestinian medical sources have reported that a young man, died on Tuesday morning, from serious wounds he suffered on May 14, after an Israeli army sharpshooter shot him in the neck.

The sources said the Palestinian Sari Daoud Shobaki, 24, was shot during the Great Return March, when the soldiers and army snipers resorted to the excessive use of force against the nonviolent Palestinian protesters, killing sixty Palestinian on the day alone, and wounding more than 2700 others, including hundreds who suffered serious wounds; many of them later died from their serious wounds.

Several days before his death, his father, Dr. Daoud Shobaki, appeared on video next to his son at the intensive care unit trying to communicate with him, and encouraging him to speak and smile.

On Saturday evening, July 14th, the Israeli Airforce carried out, on Saturday evening, several airstrikes targeting Gaza, killing two children and wounding at least twenty-five Palestinians in Gaza city, when the missiles struck a building next to a public green park, filled with people. On Friday, July 13th, the Health Ministry in Gaza released detailed statistics on the number of Palestinians who were killed and injured by Israeli army fire in the period between March 30th and July 7th, 2018 (not including Friday’s protest):