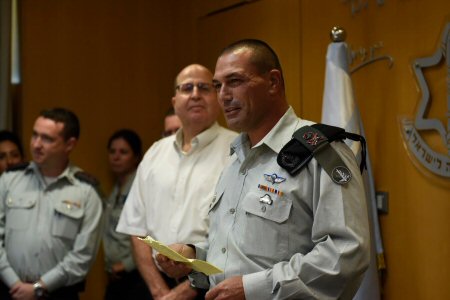 On Wednesday, the head of the Israeli occupation forces’ Southern Command, Eyal Zamir, said that the Hamas movement does not seem interested in fighting a war against Israel, now.

Zamir added, following the firing of a rocket from the Gaza Strip towards southern Israel, that Hamas is not interested in fighting a war against Israel now. However, it is preparing its infrastructure for a new round of war in the future, he stated.

He noted, according to Al Ray, that the past three years have been the quietest in southern Israel in a long time, in terms of rockets fired from the Gaza Strip, claiming that Hamas is currently deterred and restrained.

According to Zamir, Hamas is building two tunnels in the northern Gaza Strip, under civilian structures, which it could use for its operations in a future war.

Zamir accused the political movement of pitting the West Bank against Israelis, indicating that the army is ready for any possible scenario.