Israeli Soldiers Assault A Palestinian And Abduct Him, In Occupied Jerusalem 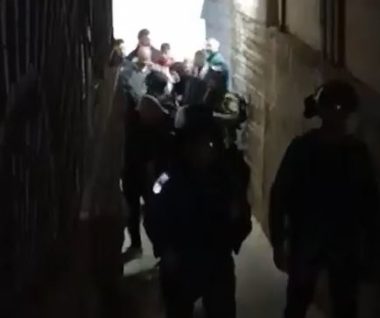 Israeli soldiers assaulted, on Wednesday at night, a young Palestinian man from the al-‘Isawiya town, in occupied East Jerusalem, and abducted him.

Eyewitnesses said the soldiers invaded Oleyyan neighborhood in the town, and stopped a young man, identified as Ahmad Abu Roumi, while he was walking to his home.

They added that the soldiers repeatedly assaulted the young man, causing various cuts and bruises, before moving him to the al-Maskobiyya detention and interrogation facility.

Earlier Wednesday, the soldiers abducted a Palestinian man, identified as Khaled Atiya, and his child, Ahmad, in front of their home in the town.