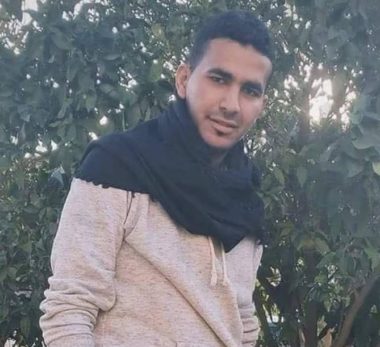 An Israeli warplane fired, on Tuesday at night, a missile at a Palestinian youth in the southern Gaza Strip, killing him, before the soldiers took his body away.

Armored Israeli military bulldozers advanced towards the perimeter fence, east of Khan Younis, before the soldiers snatched his corpse and took it away.

Media sources in Gaza said the slain young man has been identified as Abdullah Ahmad Abu Teir (Abu Nasr ), 18, from Abasan al-Kabeera, in Khan Younis, in the southern part of the Gaza Strip.

His father called on international human rights groups to intervene and to secure the transfer of his corpse to his family for proper burial.

The Israeli army claimed that it observed an armed Palestinian near the perimeter fence in the southern Gaza Strip, before instructions were given to an Israeli drone to shoot him.

Eyewitnesses reported that Palestinian ambulances tried several times to reach the youth to save him, but Israeli forces opened fire towards them, preventing them from reaching the site.

They added that Israeli soldiers called on Palestinian ambulances via loudspeakers not move forward, and fired light bombs and announced a state of alert in the area, prior to coming forward with several bulldozers.

His family issued a statement mourning his death on its Facebook Page.

It is worth mentioning that Abdullah’s brother, Ahmad, was killed by Israeli army fire in the same area in the year 2012.