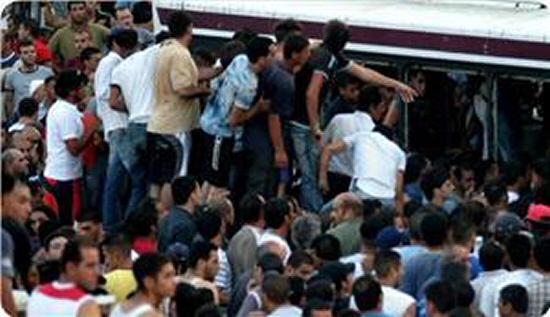 Palestinians in the pre-1948 territories are commemorating the 11th anniversary of Shafa Amer massacre, committed by Israeli soldiers in 2005, Al Ray reports.

11 years ago, an Israeli soldier opened fire against a Palestinian bus, leading to the death of four and the injury of 15 others.

The popular committee of the city decided to organize, at 7 o’clock, a sit-in before the monument to the slain.

The committee said, in a statement, that they held the activity to affirm that they will never forget the crimes of the Israeli military occupation, and to renew their calls for the international community to provide protection from Israeli brutality.