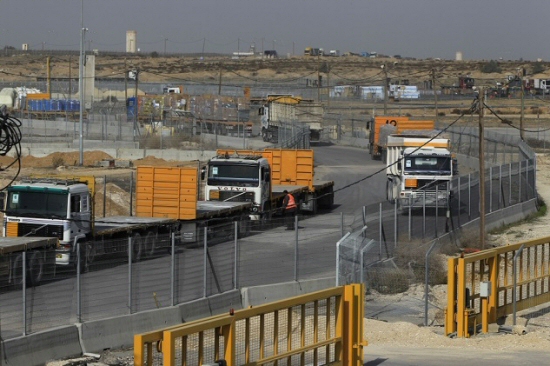 Israel plans to build a massive concrete wall along its border with the blockaded Gaza Strip, and with the stated aim of destroying cross-border tunnels dug by Gaza-based resistance groups, Israeli press reported Wednesday.

According to daily Yedioth Ahronoth, the Israeli Defense Ministry recently accepted bids from 20 Israeli construction firms for the planned multi-layered wall, which will extend both above and below ground.

Construction is expected to begin in October with the participation of four Israeli companies, the paper reported.

The first phase of the wall will stretch 10 kilometers, which will be gradually extended to a total of 60 kilometers, entirely surrounding the coastal enclave, according to Yedioth Ahronoth (Ynet), World Bulletin/Al Ray further reports.

The barrier aims to prevent tunnels originating from Gaza from entering Israeli territory, the newspaper added, “allowing the Israeli army to destroy them before they pose a threat.”

Since 2007, the Hamas-run Gaza Strip has groaned under a joint Israeli-Egyptian blockade which has deprived its almost two million inhabitants of basic commodities, including food, fuel and medicine.

Despite the blockade’s devastating humanitarian impact, the international community — with a few notable exceptions, including Turkey — has quietly condoned the embargo.