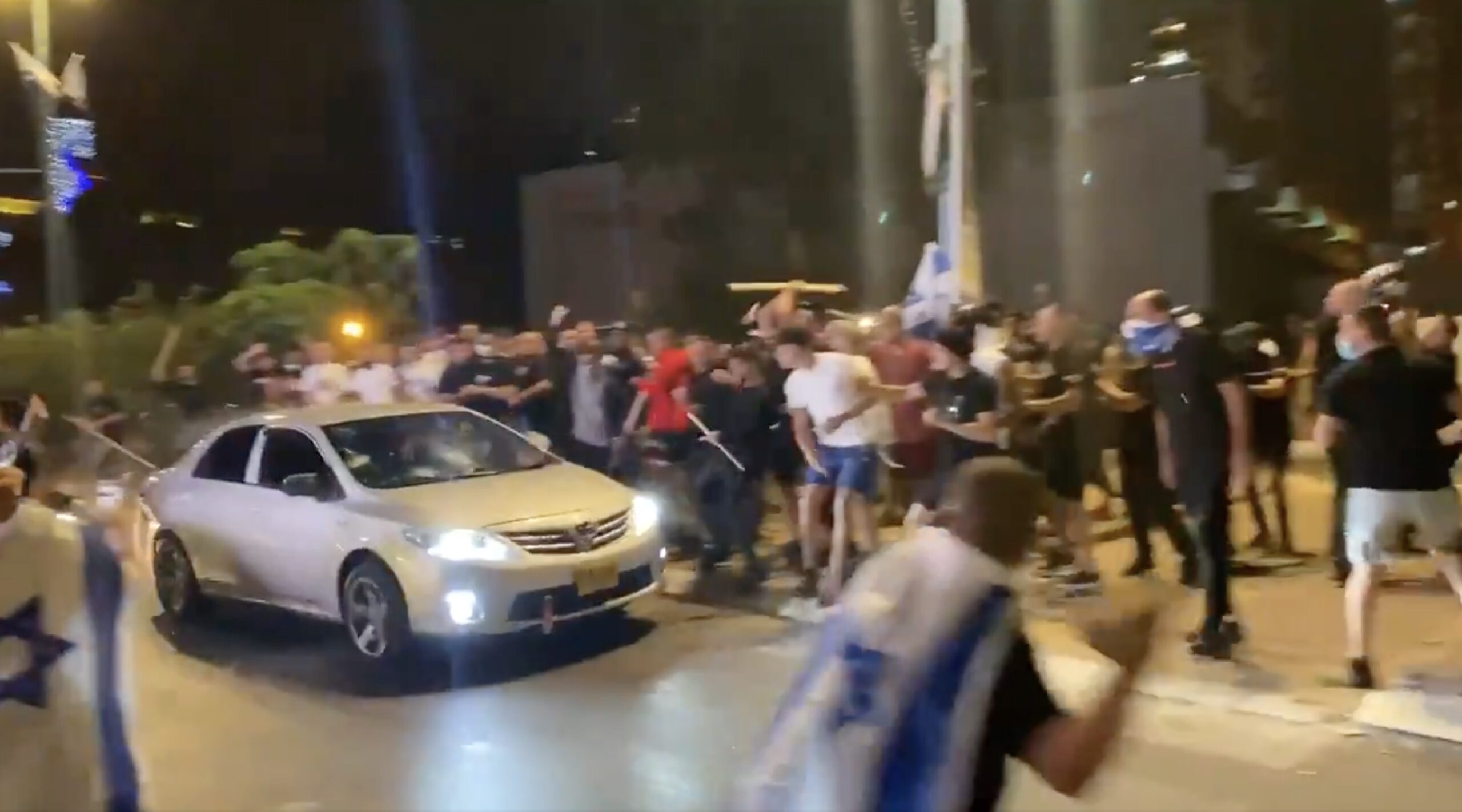 On Friday night a 12 year old boy was injured and is in critical condition after a firebomb was thrown into his home in Jaffa, injuring also his younger sister. Neighbors believe this was an ethnically motivated attack in light of the recent violence by right-wing Israeli mobs.

Right wing gangs of armed Israelis have been invading Palestinian neighborhoods within the State of Israel, attacking anyone who looks Palestinian, according to local media sources.

“Residents of Jaffa [the city on which Tel Aviv was established] have been feeling increasingly unsafe and abandoned by the police. Residents also accused police of instigating violence and provoking locals. Police pepper sprayed one journalist and struck another in the face during clashes that erupted the night after the attack”, the Israeli news agency Haaretz reports.

Several reports of violence against Palestinians perpetrated by right wing mobs have been made to Ynet, Haaretz and Wafa news agencies, including mask-wearing attackers vandalizing cars outside a residential complex housing Palestinians, and a group of Israeli settlers protected by a police escort opening gunfire at a mosque while several worshipers were inside, both events occurring in Jaffa.

A civilian in Ramle captured video, now posted on Twitter, of a group of what appears to be around 30 right-wing Israelis gathered with large sticks. They are reported to have been checking a car for Palestinians and are seen in the video throwing stones and charging the car, resulting in the vehicle veering off the road in an effort to avoid danger.

A right wing mob broke the windows of several Palestinian owned businesses, chanted racist slogans, and later pulled 33 year old father of four Saeed Moussa out of his car and beat him. He is recovering in the hospital and is in stable condition, according to Haaretz.

In Lod on Wednesday, right wing mobs instigated a violent confrontation when they approached the tent where people were gathered to mourn the loss of Moussa Hassouna who was killed Monday night, according to Haaretz.

Adalah, the Legal Center for Arab Minority Rights in Israel, has obtained a number of internal communications between far-right Jewish extremists that reveal their organized, coordinated efforts to bring armed men to mixed Israeli cities – such as Lod, Ramle, Acre, Haifa, and Jaffa – with significant Palestinian populations.

A series of voice messages (with English subtitles) reveals coordination between Jewish extremists planning attacks on Palestinian citizens in the Ramle-Lod area, and assuring each other that they have the backing of Israeli police forces

In response to the attacks in Bat Yam, the police responded with this statement given to Haaretz, ”The Israeli police will not allow public disturbances, violence and attempts to hurt officers”. Israeli police, which were not stationed at the scene amid reports, said in a statement. “We will get to each and every one of the attackers who participated in this horrifying lynching.”

But Israeli police are notorious for their failure to investigate crimes committed against Palestinians with Israeli citizenship. In the case of the 12-year old who was burned in his home Friday night, Jaffa police stated, without even beginning an investigation, that they believe the perpetrator of the bombing to be Palestinian and the house mistakenly targeted.

Adalah said in a statement that it is “bolstering legal action in response to the failure of Israeli law enforcement to stop nationwide organized far-right Jewish mob violence targeting Palestinian citizens of Israel. Adalah is also examining Israeli police violence against Palestinian citizens.”