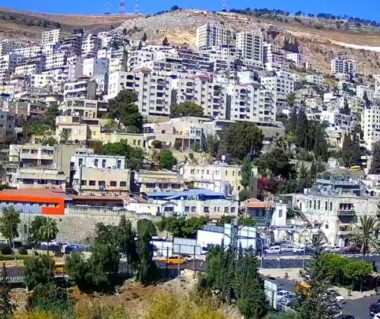 38 Palestinian homes and 8 structures in the al-Walaja village, northwest of Bethlehem, south of occupied Jerusalem in the West Bank, face the imminent threat of demolition by Israel after an Israeli court voided a previous ruling that halted the destruction.

Khader al-A’raj, the head of the al-Walaja Village Council, said the council has been working with various official organizations and institutions, to reinstate the structural map of the village, which was void by Israel to pave the road for the demolition of dozens of homes and structures for the benefit of the illegal colonies.

He added that the demolitions that have been previously carried out, and the new demolition orders, target the Palestinian homes and structures in the Ein Jweiza area, which have been subject to constant violations.

The families in the area still have pending cases with Israeli courts to save their homes and buildings.

Ein Jweiza is regarded as part of occupied Jerusalem, and the Palestinians are forced to pay tax although they do not carry Jerusalem ID cards and are largely not allowed to enter the city.

Israel has been feverishly trying to remove the Palestinians from the area, in order to occupy their lands and expand the illegal colonies by annexing more Palestinian lands and displacing the indigenous residents.

The Israeli violations against al-Walaja started in the 1980’s when Israel implemented its plans to annex the Palestinian lands to build its illegal colonies, by denying all construction permits filed by the Palestinians, in addition to dividing the lands, zoning and designating large areas as “green zones,” to prevent the Palestinians from using them, not to mention surrounding them with the illegal Annexation Wall.