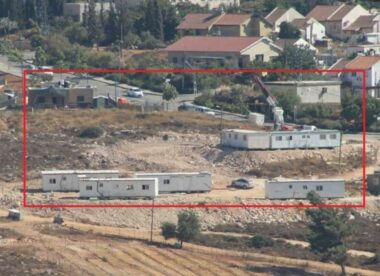 Daghlas added that the attack took place in the eastern area of the illegal colony.

He also said that Israeli bulldozers uprooted Palestinian lands in the northwestern area of the colony in preparation for building new colonialist homes in it after illegally annexing the lands.

Last Saturday, a group of fanatic Israeli colonialist settlers, cut and destroyed a main power line in the western part of Jaloud village.