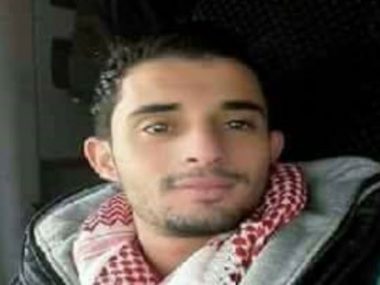 A Palestinian man was shot and killed by Israeli soldiers after driving a truck through a crowd of Israeli soldiers on a street in Jerusalem. Four soldiers were killed, and 15 others injured, when they were hit by the truck.

The driver, who was killed by multiple gunshot wounds to the head, was identified as Fadi al-Qunbar, 20, a former political prisoner, from Jabal Mukaber in East Jerusalem.

The four Israelis who were killed in the incident have been identified as Yael Yekutiel, 20, from Givataiym east of Tel Aviv, Shir Hajaj, 22, from Ma’ale Adumim colony in the occupied West Bank, Shira Tzur, 20, from Haifa, and Erez Orbach, 20, from Alon Shvut colony, southwest of occupied Jerusalem.

Israeli online daily, Haaretz, said Hajaj was a commander in the Israel army officer’s course, while the rest were cadets in the same course, and that Tzur and Orbach were also American citizens.

A video of the incident that was released to the media shows a group of soldiers standing in a crowd in an area that was recently annexed by the Jerusalem municipality from its original Palestinian owners, when a truck driven at high speed plows through the crowd, then turns around and drives back through the same location again, killing four.

Three of the soldiers killed were women, and one was a man. The video shows soldiers scrambling for cover as the truck turns around. An Israeli bus driver who had been driving the soldiers on a tour of East Jerusalem told the Daily Mail that he “emptied his entire magazine” into the windshield of the truck. Several others also fired, killing the Palestinian driver. At least a dozen bullet holes can be seen in photos of the windshield of the truck.

An Israeli police spokesperson told Israeli Army radio that the ramming would be classified as a ‘terrorist attack’.

Israeli Prime Minister Binyamin Netanyahu claimed that the Palestinian driver was a supporter of Da’esh, known in English by the acronym ‘ISIS’ (Islamic State of Iraq and Syria). But there has been no evidence presented showing that link, or any connection at all between the young Palestinian and any armed group or faction.

Israeli police report that the driver, Fadi al-Qanbar, was a resident of East Jerusalem. Israeli police have detained nine of the man’s relatives, according to Israeli media. 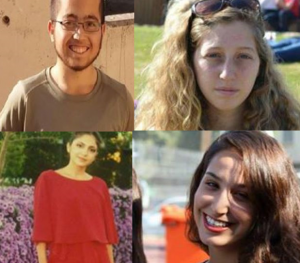 In addition, in a meeting of the Israeli Security Cabinet following the attack, the Israeli government decided to demolish the man’s home, in an act which human rights groups have termed ‘collective punishment’. Israel is the only country that routinely demolishes the homes of the family members of someone who has committed a crime – essentially punishing every family member, including children, for the action of one individual.

The Security Cabinet also decided to order the military to carry out an aggressive campaign across the West Bank and Jerusalem to search out any Palestinian that has expressed support for or admiration of Da’esh, even if they have never engaged in any crime or attack.

In addition, the military was ordered to blockade the Jabal Mukaber neighborhood, next to the site of the attack. The neighborhood is one of several in East Jerusalem that was marked for annexation by Israeli authorities as part of the ‘E1’ plan to rid East Jerusalem of its indigenous Palestinian inhabitants and transfer Jewish Israelis into the area.

This past August, Israeli public security minister Gilad Erdan announced a widescale Israeli police presence and surveillance apparatus for Jabal Mukaber and other targeted Palestinian neighborhoods in East Jerusalem. He made clear that the reason for the increase in police and surveillance was the takeover of the area for the Jewish state, stating, “Our national sovereignty begins by exercising our sovereignty over Jerusalem”.