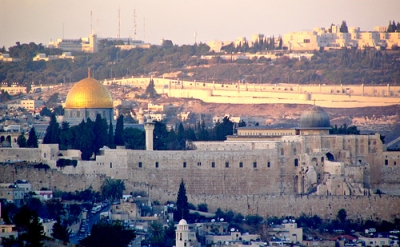 The Israel controlled Jerusalem municipality announced, on Tuesday, that it will halt its decision of demolition 88 Palestinian owned homes in East Jerusalem.

The Israel controlled Jerusalem municipality announced, on Tuesday, that it will halt its decision of demolition 88 Palestinian owned homes in East Jerusalem.

The Municipality was planning to remove al-Bustan Neighborhood, the largest Palestinian neighborhood near Jerusalem’s old city to make way for a Jewish theme park used by tourists. The plan was put on hold based on demands by the Israeli PM Benjamin Netanyahu, Israeli media reported today.

Nir Barkat, the Israeli mayor of Jerusalem, who engineered the plan, told U.S media, last week, that he was planning to legalize some of the homes in al-Bustan Neighborhood while the other who will lose their home will have rights to operate tourist businesses in the park. Murad Abu Shafee – House owner at al-Bustan Neighborhood commented on the Israeli municipality decision:

‘All of the residents in al-Bustan totally refuse what the Mayer has said in this matter, they want Jerusalem empty of its original residents and bring instead Jewish Settlers to make Jerusalem a city of Jewish nature.’ Shafee told IMEMC over the phone.

Netanyahu said that his intentions are not interfere in the Mayor work but rather to avoid any tension in the city. Sergio Yahni, Israeli political analyst & co-director of the joint Israeli-Palestinian NGO, The Alternative Information Centre, said that the demolition of Palestinian homes conflicts with Israeli plans in Jerusalem city.

Since Israeli occupied Jerusalem city, in 1967, it continued to deny building permission to Palestinian residents while erecting Jewish-only settlements in and around the city, an act which is illegal by international law.