Indirect Palestinian-Israel Talks Could Resume As Early As Sunday 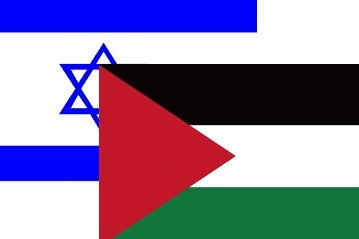 Israeli paper, Haaretz, reported Thursday, that indirect Palestinian-Israeli talks could be resumed as early as this coming Sunday. Haaretz said that U.S Middle East Peace Envoy, George Mitchell, will be arriving in Israel on Saturday at night while the U.S administration hopes that the two sides would declare the start of indirect talks on Sunday morning.

The United States is hoping that the talks would be resumed before U.S Vice President, Joe Biden, arrives in Israel next Thursday.

Reuters quoted an American official stating that Mitchell will return to the Middle East on Saturday, and that he will be working on getting the two sides to resume peace talks. The official added that, so far, there is nothing confirmed to declare.

The office of Peres reported that preparations are ongoing for the summit.
On Wednesday, Arab Foreign Ministers, convening in Tripoli, expressed their support to the American call for holding indirect talks between Israel and the Palestinian Authority of President Mahmoud Abbas.