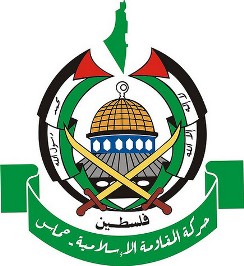 Islamic Resistance Movement, Hamas, issued a press release, on Wednesday, slamming the decision to the Follow-up Committee of the Arab Peace Initiative, authoring president Mahmoud Abbas to resume indirect talks with Israel for four month, while Israel is ongoing with its violations against the Holy Sites.The movement said that resuming the talks under the current conditions grants Israel another chance to resume its settlement activities especially while the government of Benjamin Netanyahu is ongoing with its illegal plans and violations.

It added that Netanyahu does not want peace, does not want any solution on Jerusalem and the Right of Return of the Palestinian Refugees.

“This peace,’ according to Netanyahu, ‘is a Jewish state.” Hamas said, “peace without international legitimacy, without the right of return of the refugees, peace with settlements and land grab.”

Hamas also slammed president Mahmoud Abbas for attempting to gain an Arab recognition for his talks with Israel while it continues its settlement activities and assaults.

It considered the stance of Abbas is a submission to the US administration and its decision to condition its financial aid with the resumption of negotiations.

The Islamic Movement expressed rejection to any talks with Israel, and said that “the Zionist enemy proved to everybody that it is only interested in aggression, land theft, killing and kidnapping the Palestinians, and in keeping the siege on Gaza.’