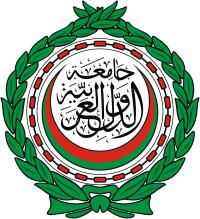 US Secretary of State, Hillary Clinton, said that she is pleased by the decision, and that her country hopes that talks will begin soon.

Clinton made her statements in Brazil where she is on an official tour.

US Middle East Peace Envoy, George Mitchell, is expected back in the Middle East soon as he will be attempting to launch the indirect talks.

A White House official said that senator Mitchell is expected to return to the Middle East very soon, and that he will continue his work to make sure peace talks are restarted.

During their Wednesday meeting, Arab League ministers said that they support the United States’ call for “proximity talks” between the Palestinian Authority and Israel. The talks, if started, would be mediated by Mitchell who will be moving between the two sides.

Israeli Prime Minister, Benjamin Netanyahu, stated during a Knesset session on Wednesday that he believes that the current conditions are advancing towards renewed peace talks with the Palestinian side, referring to the Palestinian Authority in the West Bank.

Netanyahu added that a few countries, getting even fewer, are willing to tolerate negotiations with prior conditions.

He also claimed that Israel is not the problem and that it is not the obstacle.

Yet, he refuses to halt settlements activities in Jerusalem, while the Palestinians say that peace talks cannot be resumed while Israel is ongoing with its unilateral actions, ongoing with the construction and expansion of settlements, and ongoing with demolitions targeting Palestinian homes and property especially in East Jerusalem.