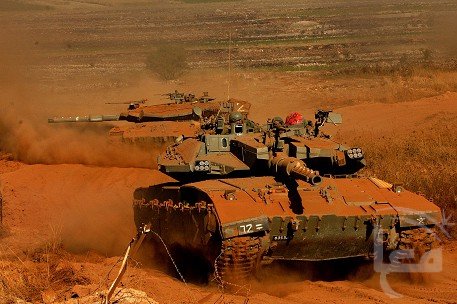 Israeli tanks stationed at the boarder of Israeli and the Gaza Strip shelled, on Thursday at midday, residents homes and farm lands at the Beit Hannon town in northern Gaza Strip.

Residents said that they had to leave their farms during the attack. They reported damage to property but no injuries.

In other news in Gaza, a Palestinian teen was reported killed, on Wednesday night, when a tunnel collapsed on him at the southern Gaza boarders with Egypt.

Ahmad al-Najjar, 18 years old, was buried alive under the ruble, local sources reported. According to the Gaza based human right group, al-Mizan, 141 Palestinians have died inside tunnels at the borders with Egypt since 2007.

Since Israel placed the Gaza Strip under Siege on June of 2006, the tunnels at the boarders with Egypt became the main sources of much needed supplies for the 1.5 million Palestinians living in the costal enclave.