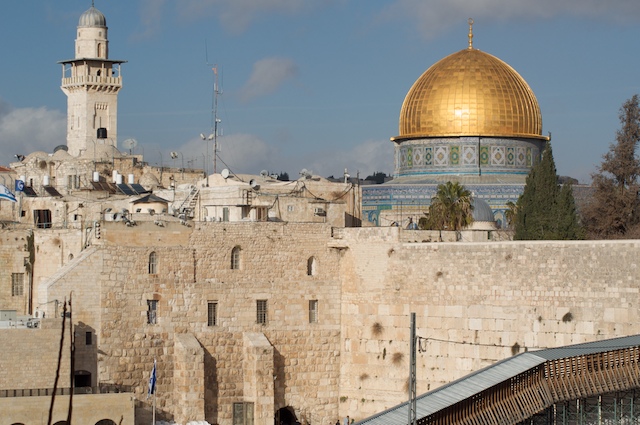 Following Friday prayers, clashes have occurred at both al-Aqsa mosque, Jerusalem, and Ibrahimi mosque, Hebron.At al-Aqsa, Friday prayers were followed by protest by young men from the city throwing stones at the police. A police spokesperson claims that stones were also thrown at Jewish worshippers at the Western Wall.

In Hebron, in the south of the West Bank, minor clashes occurred following midday prayers at the Ibrahimi mosque. Al-Jazeera have reported that approximately 100 Palestinians protested, and that no injuries have been reported.

The Ibrahimi Mosque, also known as the Cave of the Patriarchs has been forced into the spotlight in recent weeks, following Israeli Prime Minister, Benjamin Netanyahu adding the site, along with Bilal Mosque in Bethlehem, to Israel’s national heritage list.

The announced sparked protests in the city during last week. Thursday coincided with the anniversary of the 1994 massacre of 29 Palestinians and the injury of a further 125. The atrocity was conducted by Dr. Baruch Goldstein, a duel American-Israeli citizen.