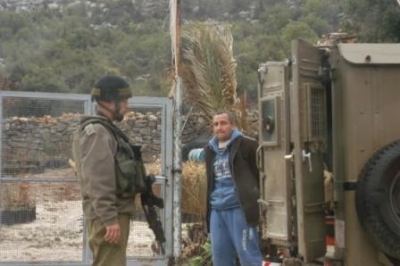 Six Palestinian civilians were detained on Monday by Israeli troops during invasions targeting a number of West bank communities.
Local sources said that the army kidnapped civilians from northern and central West Bank during searches of homes.

The Israeli army radio announced that all six men were on the military wanted list, and added that all were taken to military detention centers for questioning.

Last week The Israeli military conducted at least 18 invasions into Palestinian communities in the West Bank.

During the attacks, troops injured at least 3 Palestinians and detained 50 others, including 10 children.